Don't Put up with Your Mortgage Servicer Giving You the Runaround

When you have a problem with your mortgage, it can be very challenging to get your loan servicer to work with you to fix it. Applying for a loan modification, many homeowners feel like their bank actually wants them to fail so they can foreclose on their home.

To state the obvious, when you're contacting your bank it's because something's gone wrong, such as divorce, illness, or loss of income. Maybe all three at once. Something's caused you to be unable to pay your mortgage and be at risk of losing your home to foreclosure. It's an awful situation to be in.

Fortunately for you, there's this amazing thing that could permanently lower your monthly payment to an affordable portion of your income and enable you to keep your home. It's called a loan modification, and it works by changing the length of your loan term, interest rate, and/or reducing principal. It costs nothing to apply and there are no closing costs.

END_OF_DOCUMENT_TOKEN_TO_BE_REPLACED

The Bank Doesn't Want to Foreclose on Your Freaking House!

As you fight to keep your home after defaulting on your mortgage payments, it can feel like the bank is completely unwilling to work with you, that they actually want to foreclose on you and take your home. And, since you're just one person fighting a huge bank that has billions of dollars and the best lawyers money can buy, you might as well just roll over and accept the inevitable, right?

END_OF_DOCUMENT_TOKEN_TO_BE_REPLACED

If You Are Your Own Foreclosure Defense Attorney, You Have a Foolish Client 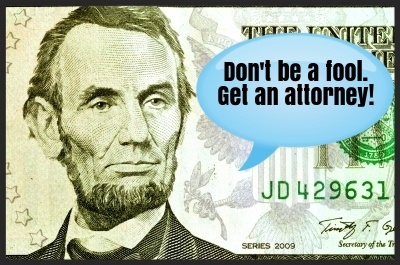 Abraham Lincoln said “He who represents himself has a fool for a client.”

Honest Abe was talking about legal representation when he said that, and a century and a half later his advice still rings true. President Lincoln was a lawyer himself and knew that it just doesn't make sense to act as your own attorney, even if you are one.

But some people have been doing exactly that in recent years while trying to avoid losing their most valuable investment, their home, through foreclosure. Seven million homeowners have experienced foreclosure since the housing crisis began and many of them don't have a clue about how to deal with it.

Their bewilderment is completely understandable. Foreclosure was never part of any homeowner's plan. Unfortunate circumstances beyond the control of any individual homeowner has made foreclosure something that millions of homeowners have been forced to learn about.

Some look into it and think they can handle everything on their own. “How hard could this be? I can answer a complaint and fill out a request for modification assistance without a lawyer.”

END_OF_DOCUMENT_TOKEN_TO_BE_REPLACED

Why You Need To Get Help With Your Mortgage Right Now 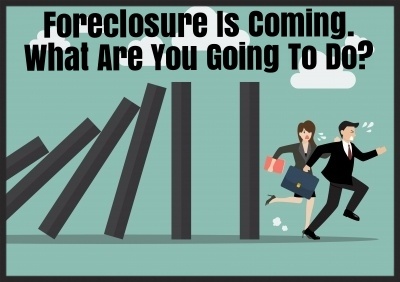 When you have trouble with your mortgage, it's important to start thinking about how you're going to get out of trouble as quickly as possible. The sooner you can understand the issues affecting you and what the potential solutions are, the sooner you can work toward getting what you want, which is avoiding foreclosure and getting back on good terms with your lender.

While it can take years from the time you stop paying your mortgage until until you lose your home in foreclosure, spending that time dilly dallying, lollygagging, or failing to plan is a mistake. You're eventually going to lose your house, so use the time you have to your advantage by saving money, educating yourself, and making a strategy.

This may seem like common sense, and it is, but some homeowners are so overwhelmed by the stress of potentially losing their home that they freeze up and don't do anything. Playing dead is not an effective strategy. Pretending that you didn't get the bank's notices does not make you immune to their consequences. There are productive things to do.

END_OF_DOCUMENT_TOKEN_TO_BE_REPLACED 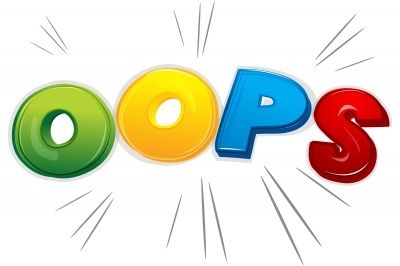 A loan modification is the only thing that keeps the homeowners who apply for it from losing their home to foreclosure. It permanently lowers their monthly payment to an affordable portion of their income and enables them and their family to continue living in the home that they know and love.

So, given the work it takes to apply for a loan modification, the cost of hiring an attorney, and the prospect of foreclosure, you'd think that no one who has been approved for one would fail to follow the simple instructions for finalizing the agreement. But it happens all the time, and it prevents or delays the final approval of a modification.

END_OF_DOCUMENT_TOKEN_TO_BE_REPLACED

What is a Request for Mortgage Assistance (RMA)? 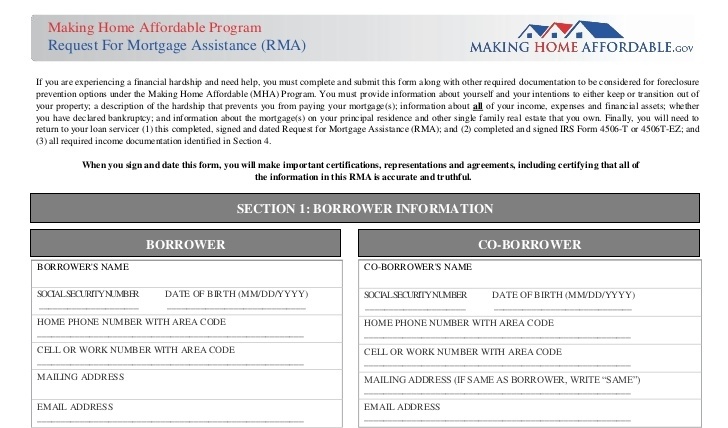 If you need help with your mortgage, you're not alone. Millions of Americans have experienced hardships caused by factors beyond their control that made their mortgage payment unaffordable.

If that's happened to you, there is assistance available that can help you keep your home and avoid foreclosure. But to get that assistance, you'll need to complete a Request for Mortgage Assistance.

END_OF_DOCUMENT_TOKEN_TO_BE_REPLACED

Why You Aren't Getting the Help You Need to Avoid Foreclosure

Some problems in life are too tough to handle on your own. They're too complex and are outside of your areas of expertise. To address those problems you have to get help from someone who understands your issues from the inside out. Nowhere is that more true than for homeowners facing foreclosure.

But how do you even know what type of help you need, what options to pursue, and who to turn to? Many do it by trial and error...

END_OF_DOCUMENT_TOKEN_TO_BE_REPLACED 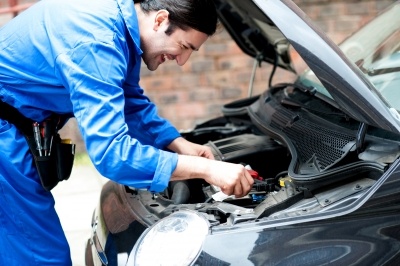 Millions of Americans have experienced hardships that have caused them to fall behind on their mortgage payments for a variety of reasons. Events like loss of employment, getting divorced and trying to maintain the entire household without the former spouses income, or a medical problem that prevents the homeowner from earning the living they're accustomed to, are common.

END_OF_DOCUMENT_TOKEN_TO_BE_REPLACED

The 5 Stages Of Foreclosure Grief

Foreclosure is so stressful that you'll find yourself experiencing powerful emotions when you are faced with it. Your home is the most expensive, and most important purchase you will ever make, so the possibility of losing it is tough to reckon with. How do people do it?

END_OF_DOCUMENT_TOKEN_TO_BE_REPLACED 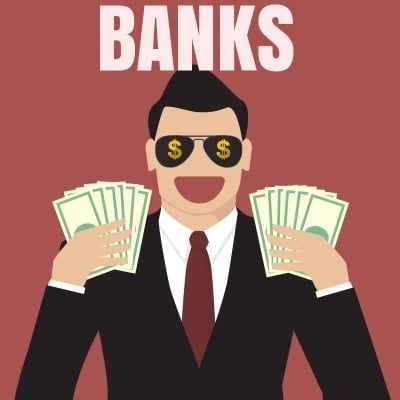 So you've had some problems that made it difficult or impossible for you to pay your mortgage. Now you want to get a loan modification so the monthly payment is reduced to an affordable level and the threat of foreclosure goes away. But how do you go about applying... and will your lender support you?