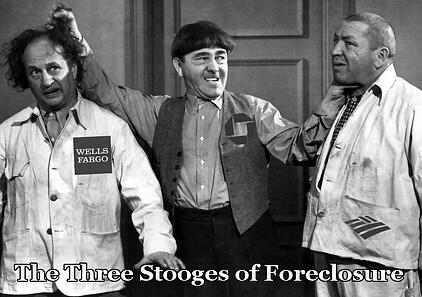 Many mortgages have been sold between banks several times over during the foreclosure crisis, and these homeowners have received the worst of banks' ineptitude. It has not been uncommon for banks and servicers to lose or misplace important documents during the transition process between banks, then attempt to foreclose on homeowners without having the basic documentation on hand. In other cases, banks would often illegally attempt to forego important aspects of the legal process in the rush to foreclose on a family's home. Homeowners without an experienced foreclosure defense team on their side would often be foreclosed on without even knowing that key documents had been lost or even forged, or that their bank had made other illegal moves while rushing to foreclose. One of our clients was facing foreclosure from U.S. Bank (which was not his original servicer) when he retained us in June 2013, and many of these same issues would come to a head during his case.

Can Your Lender Foreclose Without a Note?

When U.S. Bank filed foreclosure on our client in 2008, they didn't have the original mortgage note, and made notice of that within their official foreclosure complaint. In Florida, you can't secure a final judgment and sale date from the court unless you have that note, so we made these allegations against U.S. Bank when we answered the complaint in late May 2013. By this time, our home retention department had already compiled a loan modification package for the client, and was working with the bank to create a loan modification.

Both options would have set back the plaintiff's case significantly. At the same time, U.S. Bank also attempted to file a motion for summary judgment against the client, which would bring the client's mortgage one step closer to foreclosure sale. However, the judge didn't hear either argument, because the loan modification process was already progressing, and the judge foresaw potential problems at the hearing. Instead, the judge wanted to set up a case management conference, which would allow our lawyer and the bank's lawyers to decide on another course of action.

A Win for Homeowners Everywhere

By the time of the scheduled case management conference on July 30, the homeowner had already been approved for a loan modification trial plan. The judge decided that instead of litigating the case, he would push the case management conference back by another 90 days to November 1, 2013, which would allow our client to fulfill the terms of his 3 month-long trial loan modification. Before November even arrived, the homeowner had complied with all his trial payments. When our client accepted his permanent loan modification on October 24, 2013, U.S. Bank voluntarily dismissed the foreclosure case to save all parties the time and expense associated with litigation.

This case is an example of why the best foreclosure defense strategy is one in which cognizant legal defense is combined with a proactive loan modification strategy. It benefited this homeowner, and has benefited well over 5,000 homeowners whose homes have been saved by our law firm. Click the button below to see if we can help you solve your foreclosure issues.