Our Client Was 98 Months Past Due with Ditech and We Still Got Him a Loan Modification! 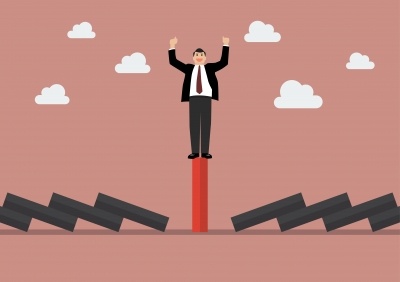 Being really, really, really far behind on your mortgage doesn't necessarily mean that you can't get a loan modification and keep your home. A recent client of our firm is a good example of this. To protect his privacy, I'll call him Mr. Shroff.

Mr. Shroff lives in a nice home, currently valued at about $1 million, in Hilsborough County, FL with his wife and son. He is self-employed. A downturn in his business caused him to fall behind on his mortgage during the recession in 2009.

Eventually Mr. Shroff's financial problems cleared up and he was able to make payments again, but by then, his mortgage servicer, Ditech, wouldn't let him make payments. They wanted him to pay all of the missed payments plus fees, which ended up being an astounding $191,140.06. He didn't have that much cash, so he stayed in default.

Mr. Shroff was motivated to keep his home, and served foreclosure in 2010, so he made the smart choice to hire an attorney. Unfortunately for him, it wasn't Amerihope Alliance Legal Services.

This attorney worked for him for quite some time, but did not pursue loss mitigation options such as a loan modification, which was the only way to save his house. Instead, they actively defended the foreclosure, but weren't any closer to a resolution to help the Shroffs keep their home.

Also, this attorney apparently had poor communication with Mr. Shroff because they weren't on the same page on some important issues. Mr. Shroff found out that the bank was offering an extended sale date 150 days out with a waiver of deficiency judgment and $5,000 in exchange for consenting to judgment.

It was what's called a cash for keys agreement. The bank was trying to entice Mr. Shroff to give up his home voluntarily so they didn't have to fight to take it. The cash offer was to help with relocation expenses, and the deficiency judgment waiver means they were willing to give up their right to sue him if the home sold for less than the payoff amount on the loan.

The deal the bank offered wasn't bad. Some homeowners would kill to have that offer. Mr. Shroff's attorney persuaded him to accept the deal, but Mr. Shroff still wanted to find a way to keep his home, so when he went to a hearing without his attorney he told them he didn't want the offer. The bank's lawyer wasn't happy because he was under the impression the homeowner was going to accept it. Oh well.

A Note from Mr. Nordt: If you don't agree with your attorney, my best advice is that you schedule a meeting to discuss your differences as soon as possible. In many situations it can hurt your case if you show up and say something that contradicts what your lawyer has been telling the other party. "Mr. Shroff" here was very lucky that his case turned out so well.

The judge was compassionate toward the defendant and ordered a case management conference where the parties were to talk about resolving the case with a court representative.

Mr. Shroff realized that he needed an attorney who could actually help him keep his home, so he retained Amerihope Alliance Legal Services to represent him in 2017. It was a smart choice because our firm doesn't just provide foreclosure defense, we've also helped more than 7,000 homeowners get a loan modification. And after 8 years of not making payments, a loan modification was his only hope of keeping his home. 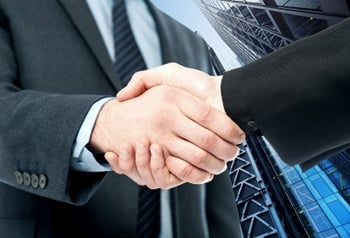 When our staff examined his case, we advised Mr. Shroff to do something that you might think is counter-intuitive: accept the old deal he had been offered. If he took it and got a sale date scheduled 150 days in the future, he would have time to apply for a loan modification. And if he were to be approved for a loan mod, the sale date would be canceled.

He took our advice and his consent to final judgment was entered in May. The foreclosure sale of Mr. Shroff's home was scheduled 5 months out. The Consumer Financial Protection Bureau requires that borrowers complete loan mod applications be reviewed when accepted at least 37 days prior to a sale date, so we had plenty of time to complete the loan modification application.

Mr. Shroff provided us with all of his financial documents in a timely manner and his modification application was submitted to Ditech. Within a couple months a trial loan modification was offered, which our client accepted. He didn't have to put any money down.

After making three trial payments, Mr. Shroff was approved for a permanent loan modification. The terms of the modified mortgage include a $100 lower monthly payment, $64,896 interest-free deferment, and an interest rate that's nearly half of what it was! His loan returned to normal servicing and now the threat of foreclosure is gone.

If Mr. Shroff had stuck with his old attorney and not hired us, he could have lost his home. Fortunately for he and his family, he eventually found the right firm to work with to get what he wanted. If you need a loan modification, make sure the lawyer you hire can prove their record of success with past clients in your situation.