Is Unclean Hands An Effective Defense Against Foreclosure? 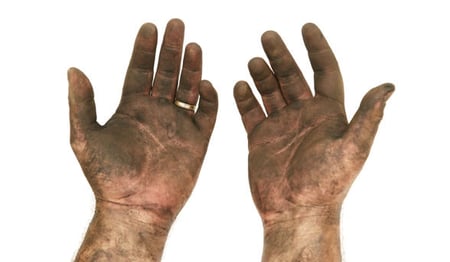 Our firm recently received a question from a homeowner in Pennsylvania who wanted to know if he could use an unclean hands defense to avoid foreclosure, and if he could he sue his bank?

First, what is an unclean hands defense?

An unclean hands defense is when one party in a lawsuit didn't wash their hands before coming into court and gets dirt all over the legal documents and the judge throws the case out. Precedent for the unclean hands defense was established in 1975 with the landmark Pigpen v. Wells Fargo case, which went all the way to the supreme court.

Ok, that definition may be partly (or all) fiction. Here's a better definition of clean hands from Wikipedia:

In foreclosure, an unclean hands defense would have to do with the bank, who is the plaintiff in a foreclosure case, doing something that caused the defendant to default on their mortgage. If it's the bank's fault that you fell into foreclosure in the first place, then they don't have clean hands and aren't entitled to an equitable remedy. 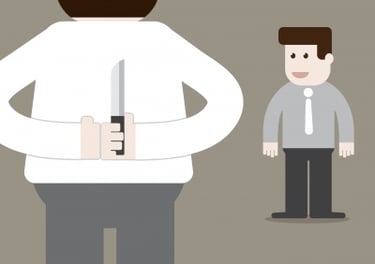 How specifically could it happen that the bank caused a default? In the early days of the foreclosure crisis many homeowners were told by their mortgage servicer that they would be in a better position to keep their home if they missed payments. You only needed to be in danger of defaulting to be eligible for the government's now-expired Home Affordable Modification Program (HAMP).

In fact, it's illegal for your bank to tell you to stop paying your mortgage.

Homeowners claim that they were told to miss a payments by bank representatives on the phone, which they did. But then, rather than get the help they needed, the bank moved to foreclose on them. Since the banks never said to miss payments in writing there's no way to prove it ever happened. For that reason unclean hands is a tough and uncommon foreclosure defense to use.

There are other situations where an unclean hands defense could be applicable, such as if the loan servicer failed to properly apply payments and that caused foreclosure. It's best to have a qualified attorney look at your case and determine what foreclosure defense is appropriate and how to use it. Trying to do so on your own will be very difficult.

To Sue or Not To Sue

Now, to the second part of that question I started with. Can you sue your mortgage lender? You probably have a good reason to be mad and want to sue your lender. Maybe they fabricated a mortgage assignment out of thin air to make it easier to foreclose on you, or broke the law while servicing your loan. Maybe you feel that your loan was predatory. Those are all legitimate grievances. And it's understandable to ask if you can sue someone who's taken advantage of you. What the banks have done is terrible in many circumstances.

However, while every case is unique, most homeowners who want to sue probably won't be able to. Even if they have a great case, they probably don't have enough money to pay a litigation attorney that they'll need to sue, otherwise they wouldn't have fallen behind on their mortgage. Get the idea of suing out of your head, because in all likelihood it's just not going to happen.

So if suing is too expensive and unlikely to succeed, and foreclosure defenses like unclean hands only delay foreclosure temporarily, is there an option for an affordable and permanent way to avoid foreclosure and keep your home?

There's only one. It's a loan modification. When it's approved, a loan modification will return a loan to normal servicing and alter one or more of its terms. It's possible for the monthly payment, and the amount of principal owed to be significantly lowered when a loan is modified. They are difficult to obtain, and it's a good idea to retain a law firm that focuses on foreclosure defense and loan modifications to give you better odds of getting the best deal possible.