4 Dirty Tricks Mortgage Lenders Use To Foreclose On Your Home 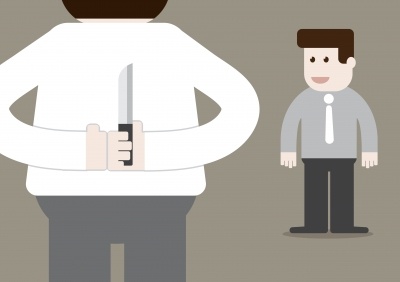 Dealing with your lender on your own when you're behind on your mortgage payments is like going to war against an opponent who has nuclear weapons and all you've got is a rusty pocket knife. Things aren't likely to go well for you.

Why is that? Your lender has a lot of resources, including loads of money and experienced attorneys working for them. But beyond that, some mortgage lenders and servicers have repeatedly shown a willingness to bend or break rules, laws, and standards of ethics in order to foreclose.

It's been called mortgage abuse, and involves all kinds of dirty tricks to make taking your home as easy, and as profitable, as possible.

Here are a few examples of the shady, and sometimes illegal, tactics that have been used:

A servicer-driven default is where a mortgage servicer tells a homeowner to stop making payments to become eligible for mortgage assistance, but when they do, they start foreclosure. How helpful of them.

It is true that some assistance is only available to homeowners who have already defaulted on their mortgage, but it's illegal for your lender to tell you to stop paying your mortgage. And you may not even need to be in default to be eligible for assistance, such as a loan modification.

If anyone tells you to stop paying your mortgage, whether they're your servicer, an attorney, or a friend, you need to be aware that they may not know what they're talking about. They could be trying to help, but be ignorant, or they could have bad intentions. Defaulting on your mortgage payments when you have the ability to pay is a very serious decision that you should make only if you know what you're doing, what the consequences are, and when you have a specific objective to achieve. 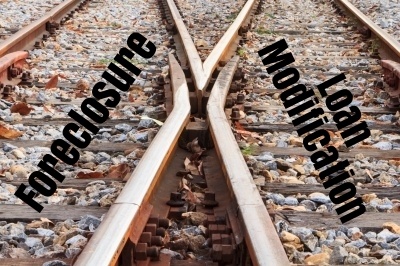 A homeowner can be under the impression that they are about to get a loan modification, then be shocked to find out that that they're being foreclosed on. That's a big deal because your ability to fight foreclosure effectively depends on understanding where you are in the process.

Some mortgage servicers have sent notices of intent to foreclose to borrowers already approved for a trial loan modification, leading the borrower to believe that the trial mod had been abandoned.

Your servicer is required to send you a letter telling you why you were denied a loan modification and to give you 30 days to appeal the denial. In 2014 Ocwen was accused of backdating thousands of those letters, which left the borrowers no time to appeal.

Loan modifications applications are frequently denied and appealed before eventually being approved. A borrower needs to all the time they can get to fix what's wrong with their application and appeal. Backdating takes that ability away from you. Make sure to check the date on your denial letter to make sure your lender isn't backdating and denying you the time to appeal.

Many lenders found that they didn't have the documents they needed to foreclose on delinquent homeowners, so they created mortgage assignments and other documents out of thin air. They had people with no knowledge of mortgages sign lost note affidavits. It's fraud, and it's illegal. If your lender has submitted fabricated documents to the court to foreclose on you, you may be able to use that as a defense against foreclosure.

These are just some of the dirty tricks lenders have been known to use to make it easier, more profitable, and more expeditious to foreclose on homeowners. But there are others, such as force-placed insurance, and even homeowners who haven't missed a payment being put into default. Sometimes these things can be honest mistakes. Sometimes they seem a little too convenient since they always end up costing you money and benefiting the bank.

Now that you know about some common tricks, you can recognize when they happen to you, and maybe even avoid becoming a victim of them.

However, just because you recognize this kind of behavior doesn't automatically mean you'll be able to do anything about it. That's why it's so important to have someone with relevant knowledge and experience to advise you and take the best actions on your behalf.

Unless you're an expert on foreclosures and loan modifications, you should consider hiring an attorney to help you spot these tricks and assert your rights to the fullest. It could be the difference between keeping your home with a more affordable monthly payment and losing it to foreclosure.