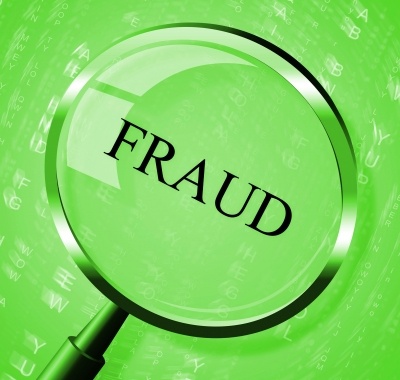 The late 2000s were an interesting time in America. Esoteric terms, like subprime mortgage-backed securities, credit default swaps, and collateralized debt obligations, entered our vocabulary. A nationwide banking crisis and recession caused millions to lose their jobs and value in their homes and investments. Everyday Americans became aware that there was a housing bubble and, like all bubbles, it was bursting. It appeared that fraud had occurred at large banks, but individual homeowners had to pay the price.

The economy and the housing market have improved from the depths of the recession in the late 2000s, but the effects of the housing bubble's burst have not been completely sorted out. During the bubble, mortgage lenders engaged in a frenzy of mortgage securitization. To securitize a mortgage is to pool it together with other mortgages into a package that can be sold to investors. This process can mean that mortgages are grouped into securities, bought and sold, and resold enough times that proving ownership with the necessary paperwork can be difficult.

With such difficulty providing the necessary paperwork to foreclose on a homeowner, some mortgage owners have resorted to forging the documents needed to do so. Lenders have backdated and falsified mortgage documents in an effort to cover their negligence and move on with the foreclosure process.

The problem is further complicated by the fact that property records offices across the country were never designed for such a complex mortgage ownership system. It used to be that, when you wanted to purchase a home, you went to a local bank in your community, and obtained a mortgage that the bank held until it was paid off several decades later. That is not the case today, and the pace of financial innovation around mortgages has been too fast for regulators to keep up. So when something goes wrong, things can get very complicated.

Homeowners Fight Back Against Foreclosure

A recent case in Montana illustrates just how strange things have become. Many home loans in the state were sold to a real estate trust, which now wants to foreclose on mortgages that are in default. But, with almost comical incompetence or just intent to cheat, the trust never bothered to pay a $70 filing fee required of them to do business in the state. If they were never legally able to conduct their business in the state, they have no grounds to foreclose, homeowners are arguing.

Unfortunately, the case in Montana is not unique, and it's an ongoing legal nightmare in many states with no end in sight. Individual homeowners arguably have the most to lose, as so much of their wealth is tied up in their home.

Homeowners have endured an emotional and financial rollercoaster over the last ten years. They've seen sky-high valuations that then dropped lower than they ever thought possible. Some home value has been regained, and the economy has improved but the damage done by the recession and housing crisis has not been fully dealt with.

There are some instances of judges holding banks accountable for their actions, but banks have never been adequately investigated for the laws they broke and the damage they caused to America's housing market. Homeowners who are are being foreclosed on with fraudulent, robo-signed documents know better than most that the crisis is not over, the cleanup is ongoing, and the stakes are high.