Mortgage Fraud: The Inside Story 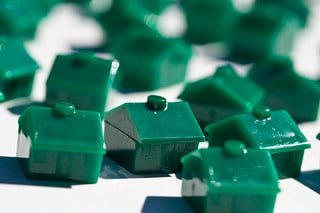 The Department of Justice and the Federal Bureau of Investigation both point to mortgage fraud as being one of the primary causes of the housing market crash and mortgage lending meltdown that tipped the United States and the world into recession. In fact, in 2004, the FBI specifically warned that the exponential increase of mortgage fraud could cause banking industry losses and failures comparable to those experienced during the S & L crisis, which cost American taxpayers $132 billion. The mortgage crisis has been far more costly. Bloomberg News reports about $12 trillion in government spending in response to the housing crash, including bank bail-outs and other assorted programs.

Mortgage fraud is multidimensional. Some forms of mortgage fraud target financial institutions and investment houses, while other types target the individual home buyer and borrower. It's a crime that adapts to changing market and economic conditions. During the period when the housing market was inflating, fraudulent activities that targeted consumers were weighted towards loan origination and lending. During the massive wave of foreclosures that followed the market crash, mortgage fraud targeting the individual shifted towards foreclosure rescue-oriented schemes.

During the recent financial crisis, bad loans were a key element in mortgage fraud that targeted financial institutions as well as fraudulent behavior targeting the individual. There was plenty of opportunity. For example, brokers made money whether the mortgage was paid or not, because they didn't hold the loan. Loan volume, not loan quality, was their goal. In many cases, brokers would encourage borrowers to be less than honest about their financial circumstances, resulting in a huge number of loans that were all but sure to go bad. Predatory lenders targeted vulnerable groups, luring them with the opportunity of home ownership that had, until then, eluded their grasp, charging exorbitant fees for loans they knew had a high risk of failure. Bad loans made it into the investment community in the form of mortgage-backed securities and similar financial instruments.

The phrase "bad loan" tends to be used loosely. There are the bad loans that are purely fraudulent scams that prey on the financially inexperienced. Some of the best-known among these are the advance fee loan scams. In these situations, a supposed lender or loan broker requests high fees to be paid up front for a mortgage, refinancing loan, or loan modification. Typically, payment is requested outside of the usual financial channels, such as via Western Union. That is a flat rip-off scheme, with the consumer getting nothing but embarrassment for their money.

Predatory lenders usually target those who are financially inexperienced, low income, or who are deep in credit trouble. These people may thinkthey won't have another chance at a home loan; even a high-interest, fee-heavy loan. While it is wrong for lenders to deliberately target vulnerable people with these sorts of bad loans, there is also some responsibility on the part of the borrower in this type of situation. A borrower has an obligation to understand each element of an agreement, and should run the numbers and note short-term and long-term costs, including the cost of credit with interest and fees, before formalizing an agreement.

Protect Yourself From Mortgage Fraud and Bad Loans

It's important to always be aware of signs of potential fraud when dealing with any kind of loan. The loan modification, foreclosure relief, and foreclosure defense industries need to be navigated with extra caution, as they are hotbeds of fraud. That's because this is the arena where criminals are most likely to find vulnerable people desperate for a solution. Protect yourself by being well informed and thorough. Never rush into a loan or relief program. Pushy, hard sell techniques are a fraud warning. Don't be afraid to ask questions until you understand every detail. Don't allow your wants to interfere with making an honest assessment of the situation, which often leads to risky financial decisions. Qualified legal assistance from an experienced and proven lawyer or law firm specializing in mortgages, loan modification programs, and foreclosure prevention is often the best way to avoid mortgage fraud and bad loans.