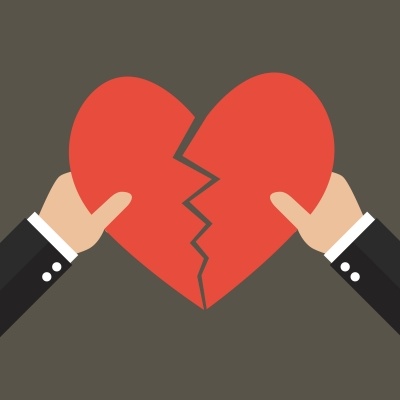 Divorce. It isn't just difficult emotionally, it's often also a financial hardship that can lead to foreclosure. Following a split, it's difficult for the partner who keeps the marital home to pay the mortgage with just one income instead of two. That was the case for a recent client of our firm, who I'll refer to as Ms. Hassan to protect her privacy.

Ms. Hassan wanted to keep the Illinois home she and her husband had shared following their separation, but with only her salary from her job as a high school science teacher, she defaulted.

By March 2017 she was 20 months past due, and she hired Amerihope Alliance Legal Services to help her avoid foreclosure and apply for a loan modification.

Two Hearings On The Same Day 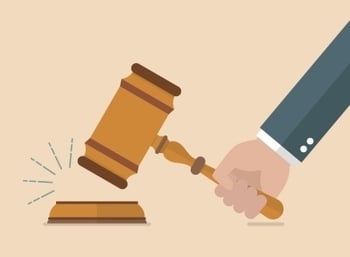 Something regrettable happened shortly before she hired our firm to represent her. Her final divorce hearing was on the same morning as one of her hearings on judgment of foreclosure and summary judgment, in different courtrooms of course. Ms. Hassan, not yet having mastered the art of time travel or being in two places at once, had to choose one hearing to attend. She chose the divorce hearing and finished her divorce paperwork. As a result, she missed the foreclosure hearing, and the judge granted a default judgment to her mortgage servicer and plaintiff, PNC Bank.

Discovering that judgment had been entered against her, she went to the clerk of the court and filed a pro se motion to vacate the foreclosure judgment. Ms. Hassan attended the hearing for the motion to vacate the judgment on her own and told the judge she couldn't attend the foreclosure hearing because she was at a conflicting family case hearing. The judge vacated the default judgment and gave her 28 days to file an answer to the complaint and responses to the bank's motions.

Loan Modification The Only Hope

Ms. Hassan knew a loan modification was her only hope of keeping her home. She and her husband had secured one to cure a previous default before the divorce. She tried to "remodify" on her own, but her application was denied. Unfortunately this is common. The majority of people who apply on their own are denied.

At the time Ms. Hassan retained us, she had a hearing on all pending motions scheduled in just a few weeks, and there was an order from a prior hearing instructing her to file an answer to the complaint and a response to the pending plaintiff's motion for summary judgment and judgment of foreclosure and sale. Between that and the loan modification application, this was going to be a tough case with a lot of work to do in a short time.

Bringing In The Professionals

The judge also told her that she really ought to get an attorney to help her. It was good advice. Although Mrs. Hassan is a very intelligent person who had been putting up a valiant fight on her own, it's too much work and the stakes are too high for an amateur to be going up against the bank's experienced attorneys. So she hired the professionals at Amerihope Alliance Legal Services. Smart move.

We had to rush to file the answer to the bank's motion by the deadline the judge had given her, but we did it.

Our answer included what our senior paralegal Fernando Celaya described as “very narrow defenses” because the bank's attorney had all their ducks in a row. We couldn't argue that the plaintiff, PNC Bank, wasn't the right party in interest because they were. The investor (owner) of her loan is Freddie Mac, and they wanted to pursue the foreclosure sale.

Moving The Court For Mediation

At the critical hearing where we were scheduled to go and defend the case, our counsel moved the court for mediation since our client had not had an opportunity for that. Over strong objection from the bank's attorney, the judge ordered the case to mediation. That was a huge win because, while a case is in mediation in Illinois, no foreclosure activity can occur.

When the judge mandated mediation, she also scheduled a status hearing at a date after the mediation to find out what happened at the mediation in the event the mediation was canceled or resulted in an impasse. These were great developments that gave us a little breathing room and made it so foreclosure was not an immediate risk. We used that time to apply for a loan modification.

We made sure PNC wouldn't have an easy time denying our client by being thorough and including every document that was required in Ms. Hasssan's request for mortgage assistance. When we attended mediation, we did so with a complete application already submitted. That's important because when a loan mod application is accepted as complete and under review, foreclosure is not supposed to move forward. 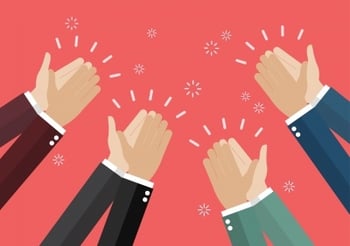 Would such a quick and positive result  have been possible for Mrs. Hassan if she hadn't hired an attorney?

It took the skill of our attorney defending the case, our client's cooperation in getting us the required documents on time, and our firm's active home retention department completing and submitting the loan mod application.

This wasn't our first rodeo. We've secured over 7,000 loan modifications for our clients over the years. We know the foreclosure process in the states we work and exactly what the banks want to see and how to show it to them. Whether your default is caused by divorce or anything else, it's a good idea to consult with qualified professionals so you can make informed decisions and have the best chance of getting the outcome you want.