Can You Remodify Your Mortgage When You've Had a Loan Modification? 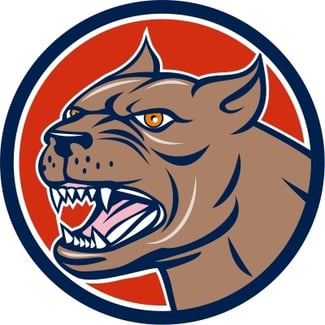 There is a wild beast lurking outside the door of many homes in America. Its name is foreclosure. For some homeowners it's not the first time they have encountered it. It came snarling and threatening to take their home from them once before, and they were able to drive it off with a loan modification.

That's good news because loan modifications are one of the only options available to homeowners who are in default and in need of a lower payment to keep their home.

What Is a Loan Modification?

A loan modification is a permanent change to one or more terms of an existing loan. With mortgage loan modifications it's most common for the interest rate to be lowered and the term of the loan to be extended so the monthly payment comes down. Principal reductions are also possible, but they are typically the exception to the rule.

A loan can be modified in-house, which is by your own bank, or under terms of the government's Home Affordable Modification Program (HAMP). Modifying a mortgage involves a lot of money, so it's taken very seriously. You need to complete an extensive application which includes documentation of your income, debt, and value of your home, to prove that you can afford your mortgage with a lower payment.

Banks are not easily convinced that you can actually afford to keep your home. The overwhelming majority of loan modification applications are denied when the homeowner completes the Request for Modification Assistance (RMA) on their own. You're much more likely to find success if you work with an experienced attorney.

There has been an increased need for loan modifications over the last decade as the housing market crashed and the country endured the worst financial crisis since the Great Depression. A lot of people found themselves earning less money and unable to afford their mortgage, and also unable to sell their home because its value dropped to less than what they owed on the loan.

For homeowners who don't want to sell their property in a short sale or hand it over to the bank with a deed in lieu of foreclosure agreement, a loan modification agreement is their only hope.

Redefaulting on a Loan Mod

The problem with many loan mods is that many homeowners received very small reductions in their payment, are still deep underwater on the loan, and have so much debt that the modified payment is barely affordable. Even a minor hardship can cause them to default on their mortgage again. It's so bad that about a third of people who have received loan modifications have redefaulted and are back to looking for a way to avoid foreclosure.

Getting a Second Modification

Your bank may have rules for how long after your first modification you have to wait to apply for another. Some require 1 or 2 years to have passed, and some don't have a time limit.

You may be required to jump through more hoops to demonstrate that you're worthy of getting a loan modification the second or third time around since you'll be seen as a greater risk. But the process of getting one may be more convenient now than in the early days of the foreclosure crisis when lenders were understaffed and unprepared to handle the volume of people applying.

Back then, loan servicers often conveniently said that they lost applications, and were gererally inexperienced and disorganized. Regulations now require them to maintain adequate levels of trained staff. And they are not supposed to dual-track you, which is considering you for a loan modification while pursuing foreclosure.

There's a lot that loan modifications don't fix. Your home will probably still be underwater and the payment might not be as affordable as you'd like. Still, it may be the only option you have to defeat the foreclosure beast that's at your door. It doesn't cost anything to apply and you don't need good credit.

Remember, don't assume that if you default after getting a mod that you won't be eligible for for another. If your first fails, you may be able to save your home with a second or third modification.

Image courtesy of vectorolie at FreeDigitalPhotos.net