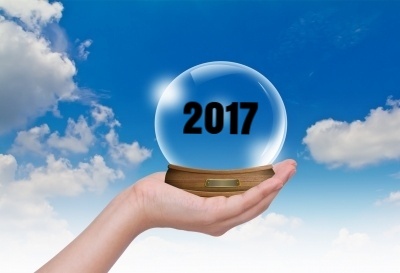 A lot of things about 2016 were not so good. In fact, they stunk. We lost Prince, David Bowie, Harambe and George Michael. There was a contentious election, terrorism abroad, war in Syria, the Zika virus, and Brexit.

With all that and more, many people are glad to put 2016 behind them, and are hoping that 2017 turns out better.

It's important to point out that not everything was terrible in 2016. The stock market hit new highs, and housing continued to improve. Home prices went up, interest rates stayed low, and the number of foreclosures declined.

But will the positive trends in housing continue with everything that's changing, which includes a new president, new congress, and the expiration of some government programs?

Here are some of the major issues to be aware of that will affect housing in 2017 and beyond.

HAMP Will Not Be An Option

The government's loan modification program, the Home Affordable Modification Program (HAMP), expire at the end of 2016. You could still get approved for a HAMP modification if your application is accepted before December 30, 2016. If you don't apply before then, it's too late to participate in the program.

Although HAMP is gone, it's still possible to get a loan modification in 2017, but it will be an in-house modification given by a lender according to their own guidelines. One of the benefits of HAMP, the principal program in the government's Making Home Affordable (MHA), was that if you were eligible your lender had to evaluate you for participation in the program. No such requirement exists for in-house modifications. However, in-house mods can have terms that are as good or better than HAMP. And since it's all up to the lender, they can approve a modification more quickly or with less paperwork if they choose.

Unlike refinancing your mortgage, a loan modification does not require a credit check and there are no closing costs. However without experience you won't know if the modification you're offered is the best deal. And getting your lender to approve your application is often a long and arduous process that involves denials, appeals, and applying again. For those reasons it's a good idea to have an experienced professional, such as a foreclosure defense attorney, to help you.

Interests Rates Will Probably Continue To Go Up

Encouraged by a slowly but steadily growing economy, the Federal Reserve finally raised rates on its benchmark interest rate in December of 2016 after years of keeping it extremely low to encourage economic growth following the recession. Some experts predict the Fed could raise rates three more times in 2017. Even if they do, interest rates will still be low because they're starting from such a low point.

Higher interest rates make it more expensive to take out a home loan. In the past, rising interest rates have caused home sales to drop and home price gains to decrease. A recent CNBC article points out that may not happen now.

And although higher interest rates mean it's more expensive to borrow, it also means that you can get a better return on your savings. That's a good thing.

A home equity line of credit (HELOC) is a loan a homeowner takes out to access the equity they have in their home without selling it. There are two stages to a HELOC. The first is a draw period, which usually lasts 10 years, and requires the borrower to make monthly interest payments. After the draw period ends, the amortization period begins and payments on principal and interest have to be made.

The amortization period can bring with it much higher interest payments. Borrowers used to making low, interest-only payments for 10 years may be surprised how much their payments go up, and could be unable to make the new payment and defaulting.

There's a concern that a lot of people could find themselves in that situation because ten years ago was a popular time to get a HELOC. Home values were rising and homeowners wanted access to their home's equity. Then the bubble burst and eliminated a lot of the home equity people were borrowing against. The payments on a HELOC have to be made regardless of the value of the home.

Other Questions About Housing In 2017

Only time will tell exactly how these issues will play out. Let's hope the good things about 2016 continue in 2017, and the challenges from the past year are improved upon.

Image courtesy of jannoon028 at FreeDigitalPhotos.net