Foreclosure Can Harm Your Mental and Physical Health 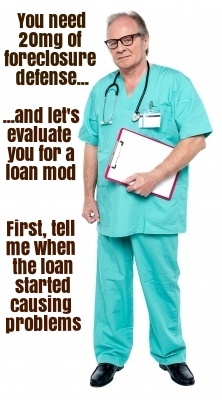 Foreclosure does not just impact the place you sleep and keep all your belongings. It could also have a negative effect on your physical and mental health. Studies have shown that people who have fallen behind on their mortgage are more likely to report symptoms of depression and skip medication because of a lack of money. Sadly, the sharp increase in foreclosures since the Great Recession began has also coincided with an increase in suicide.

So, literally and figuratively, foreclosure can kill you. Though tragic, it shouldn't come as a great surprise. The threat of foreclosure is extremely stressful and often occurs following a severe hardship such as loss of employment, death in the family, or a medical problem.

Experiencing a hardship like a serious medical problem can be outrageously expensive, and cause a person to miss work or lose their job. The cost of the medical care and lost income can lead to trouble making mortgage payments, and the stress of potentially losing your home can be severe enough to cause depression, which makes getting out of the hole you're in even more difficult. It's a viscous cycle that's hard for many people to get out of.

Some Data To Consider

A 2008 New York Times survey found that 32 percent of respondents experiencing foreclosure reported missing doctor's appointments, and 48 percent did not fill prescriptions. The survey also found that more than a third of homeowners undergoing foreclosure had symptoms of major depression.

The National Bureau of Economic Research released a paper in 2011 which said that people living in areas with high foreclosure in Florida, New Jersey, California, and Arizona were more likely to be hospitalized with diabetes and heart disease.

A 2014 study showed a correlation between the increase in foreclosures and suicides. Suicides increased by almost 13% between 2005 and 2010, and there were more deaths by suicide than motor vehicle accident in 2009 for the first time in modern history.

It should be noted that these studies show a correlation between foreclosure and problems with mental and physical health and increased risk of suicide, but not necessarily causation. But clearly something is going on, and foreclosure is definitely a major contributor to stress.

Foreclosure has affected millions of homeowners from all walks of life, not just people with low income with houses in less-than-desirable neighborhoods. Even the rich and famous have had their mansions foreclosed on, and they surely felt anxiety, shame, and guilt about their situation too. The fundamental difference between them and the average American homeowner when experiencing foreclosure is that the latter often can't afford food, medicine, and basic life expenses when it happens to them.

It's not just losing one's physical home that causes stress. Foreclosure often separates homeowners from their community and the life they've built around their home over the years. Their children's school, their job, neighbors, and social life will all be affected. A home is much more than a place you live. 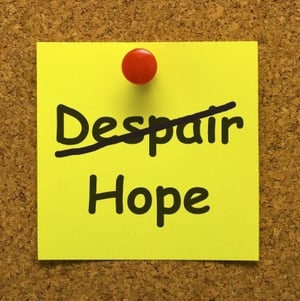 People who are feeling depressed about defaulting on their mortgage often feel helpless and believe that no action they could take would make an improvement in their situation. They feel shame that their friends, family, and neighbors will find out about their personal financial problems. And they feel guilt about failing to provide what they feel they should be able to for their family.

Fortunately, there are often very productive things that can be done to help. Your loan may be eligible for a modification that reduces the interest rate, monthly payment, and principal. Some distressed homeowners can sell their home in a short sale, come to a deed in lieu of foreclosure agreement, and sometimes get cash for keys. Even homeowners who haven't made a payment in years and owe many tens of thousands of dollars more on their home than it's worth can often find a solution that gets them back on track. Even if you won't be able to keep your home, you may be able to stay in it for an extended period of time and leave it under the best circumstances.

The services of an experienced attorney are indispensable in achieving the best results, and will probably be necessary for those who are not experts on the subject of foreclosure. Disastrous things happen to most people at some point in their life, and if those things cause you to fall behind on your mortgage payments, be proactive and do something about it. Being informed and working with qualified professionals puts you in control, makes you feel better, and gives you the best odds of getting the results you want.

Image courtesy of stockimages and Stuart Miles at FreeDigitalPhotos.net