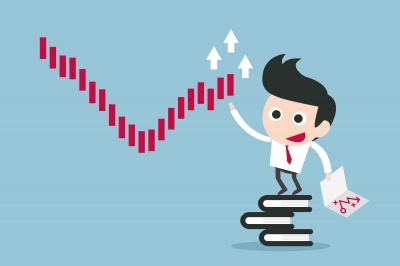 10th anniversaries are traditionally celebrated with gifts of tin or aluminum. But for the 10th anniversary of the foreclosure crisis, real estate data and analytics company CoreLogic has released a report analyzing a decade of foreclosures. How romantic! CoreLogic knows us so well.

It's called “10-year retrospect of the U.S. residential foreclosure crisis”. It shows that the housing market has improved dramatically from the worst of the crisis and “started to normalize, recording approximately 22,000 completed foreclosures a month.”

Things are going pretty well in the U.S. economy and housing market, and have been for years. We're at full employment, credit is available, and the Great Recession is over.

It's easy to forget how bad things were ten years ago, when it looked like civilization as we know it could end. There was a credit crisis and massive loss of jobs. An economic depression seemed like a real possibility. And, of course, all this had a terrible effect on housing.

According to CoreLogic's report:

“Many economists mark the beginning of the foreclosure crisis with the collapse of two Bear Stearns subprime funds in June 2007, with the crisis deepening as a result of the Lehman Brothers bankruptcy in September 2008.”

And it's not an exaggeration to call it a crisis either. Let's look at some of the numbers.

But nothing lasts forever. Since peaking in 2010, the rate of foreclosure has steadily declined each year. 2016 had 336,000 (0.9%) of homes with a mortgage in some stage of the foreclosure process, which is comparable to the years before the crisis began.

While the foreclosure crisis was a nationwide phenomenon, it was not evenly distributed. Certain states and regions have been much more affected. In June 2011, Florida had the highest percentage of mortgages in foreclosure inventory with an astounding 12.5% of homes in some stage of foreclosure.

One of the major reasons people fall into foreclosure is because of a loss of income that causes them to be unable to pay their mortgage.

“The country experienced a wild ride in the mortgage market between 2008 and 2012, with the foreclosure peak occurring in 2010. As we look back over 10 years of the foreclosure crisis, we cannot ignore the connection between jobs and homeownership. A healthy economy is driven by jobs coupled with consumer confidence that usually leads to homeownership,”

Assistance available to homeowners at risk of foreclosure

The foreclosure problem was so serious during the crisis that the government created HAMP, the Home Affordable Modification Program, in 2009 to assist homeowners at risk of foreclosure. HAMP worked by paying mortgage servicers an incentive to make it more profitable for them to reinstate a mortgage with different terms rather than foreclose.

HAMP expired at the end of 2016, and it's no longer possible to get a HAMP modification unless your application was submitted before the program expired. In-house modifications, which are given by lenders according to their own terms are still available. They can be just as good or better than HAMP modifications.

Unfortunately, loan modifications are challenging to get approved. Borrowers must submit a thorough application to their mortgage servicer that includes detailed documentation of everything related to their finances. People frequently complain about having to send in the same documents multiple times. It often takes a lot of back and forth before the application is accepted, and once it is, it is frequently denied.

If you're in foreclosure or at risk of falling behind on your mortgage it really doesn't matter what the foreclosure trends in the country are. You need to hire an attorney. An experienced attorney can help you to avoid foreclosure for as long as possible and give you the best odds of getting your loan modification accepted and approved with the best terms and the minimal amount of hassle.