Why Don't Politicians Talk about Foreclosure and Housing Anymore? 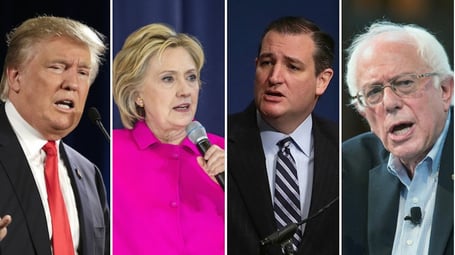 As of this writing it's impossible to avoid hearing something about the 2016 presidential election wherever you go. It's on television, all over the web, and everyone is talking about it. Of all the topics the candidates have addressed in countless debates, rallies, and interviews, they never seem to talk about foreclosure and the housing market. Why?

Is it because foreclosure isn't a problem very many people are dealing with anymore? Hardly.

Six million homeowners have already lost their biggest investment to foreclosure since the crisis began, a million more are currently in some stage of the foreclosure process, and banks continue to use fraudulent documents to foreclose on people.

Listening to any candidate in any party today, you wouldn't know that we have those problems. How can that be?

A recent CNBC article gives an explanation in a quote from Jaret Seiberg, who is a financial services policy analyst at Guggenheim Securities:

“The biggest problem is that no candidate has any idea what to do about fixing housing. It was easy eight years ago because the plans were about stabilizing the housing market and helping those at risk of foreclosure because of temporary economic distress. Candidates are really good at pushing emergency solutions and one-time programs...Housing is not in crisis any more. Voters aren't demanding solutions. They are not prioritizing it. So that means the candidates are under no pressure to address a complex question with no good solutions.”

There you have it. The issues are too difficult, the solution isn't obvious, and not enough people are demanding that candidates give it attention.

Politicians talk about things that benefit and differentiate them from their opponents. Talking about problems in the housing market doesn't do either of those things for them. But that doesn't mean the issues don't exist.

The Cause of the Problems?

A lot of people would argue that the housing crisis never ended, things just improved. At it's worst, nearly a third of all homeowners were underwater (also called having negative equity) on their home loan, which means they owed more on it than the property was worth. Now, 13% of homeowners are underwater. That's a big improvement, but 30% of homeowners remain in effective negative equity, which means that they lack enough equity to sell their home and pay closing costs and make a down payment on another home.

Negative or effective negative equity isn't the end of the world if your income is stable and you're not trying to sell your home. It becomes a problem when you lose income and can't pay your mortgage because you don't have the option of selling the home in a traditional sale. You're caught between a rock and a hard place. Fortunately there are some ways to avoid foreclosure in that situation.

The government's Making Home Affordable (MHA) program has a variety of ways it can help distressed homeowners depending on their situation. If you believe that you have the income to keep your home if the payment was lowered you can apply for a loan modification, which lowers your monthly mortgage payment. This is done by changing one or more terms of your loan, such as the interest rate, payoff term, and sometimes by reducing the principal. Loans can be modified with the Home Affordable Modification Program (HAMP) or with a bank's in-house modification program.

If you can't afford to keep your home there are ways to exit that are better than foreclosure. You may be eligible to sell the home in a short sale or give the property to the bank in a deed in lieu of foreclosure agreement. These foreclosure alternatives can also be done through a government program or the bank's.

Where Do We Go From Here?

Criticism of the federal government's MHA programs is easy to find. People complain that they don't do enough to reduce negative equity, that they merely make unaffordable loans slightly less unaffordable, and help the banks more than homeowners. There's some truth to that. But the issues in housing run so deep and are so difficult and expensive to take on that it's hard to come to better solutions. With rising home values lifting more homeowners out of negative equity, it's less and less of a concern to politicians.

The solutions to distressed homeowners aren't perfect by any stretch of the imagination, but they can still help. A loan modification may not make your home as affordable as you'd like, but with one you can avoid foreclosure and stay in your home. HAMP is supposed to expire December 31, 2016, and there's no guarantee it will be renewed by the next president. The silence on housing issues from all the presidential candidates has been deafening.