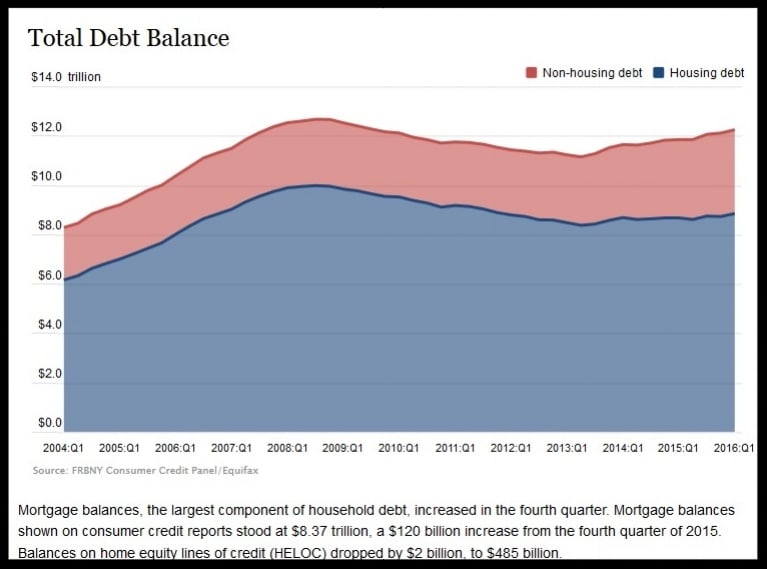 The amount of debt American householdsowe on their mortgages increased in the first quarter of 2016 to its highest level in four and a half years, according to the Federal Reserve Bank of New York's Quarterly report on Household Debt and Credit.