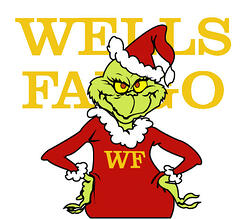 What kind of headaches has Wells Fargo caused homeowners? In the case of this client, Wells Fargo's attorneys haphazardly caused his home to be sold after he had been paying on his trial loan modification, and then attempted to block our firm from fixing the issue – even after Wells' lawyers admitted that they were in the wrong. Thankfully, our attorneys were savvy enough to save the day for the homeowner.

When we were retained by this homeowner in February 2013, he was not happy with the firm he had been working with, because his foreclosure was proceeding and there was poor communication with the attorney. That law firm did not provide loan modification services, and had not been able to stop foreclosure process on his home. In fact, the home already had a Hearing for Final Summary Judgment scheduled in the next 30 days.

Our first steps were to ensure that we submitted a loan modification package to Wells Fargo as soon as possible, while we prolong the foreclosure process. 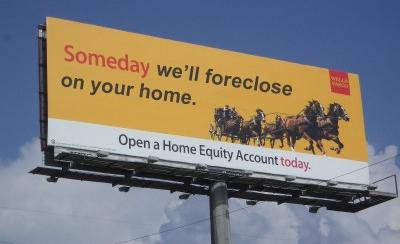 Our legal department began preparing a foreclosure defense for the homeowner and filed a Notice for Substitution of Council, which informed the court that the case was now in our hands. In the meantime, The client began submitting the necessary loan modification documents to our Home Retention Department to create a loan modification package.

The loan modification package was complete and submitted in April. Well Fargo kept the loan “in Review” until July 23, when our client was finally approved for a 3-month trial loan modification, which was scheduled to begin September 1.

In the meantime, two different sale dates had been cancelled, and a third sale date was set for October 9.

You're A Mean One, Mr. Grinch

Once October came and the client made his second trial payment, a problem arose. The new sale date was scheduled for 8 days after the 2nd trial payment was due, and Wells Fargo's attorneys were going to cancel the sale date again. When they filed the Motion to Cancel the Sale Date, they neglected to attach the proper documents. The missing documents would have shown that our client had been paying his trial payments on time. Now it was up to our attorneys to stop the sale date after Wells Fargo's attorneys had flubbed.

We moved quickly and filed an Emergency Motion to Cancel Foreclosure Sale, which would allow us to have an emergency hearing on the day of the sale. Traditionally, this would be enough time to stop the sale date, because in most counties, courts open up before foreclosure auctions do. There was a huge problem, though –  the county this homeowner lived in (St. Lucie county in Florida), had just moved all foreclosure auctions to 8:00 AM. Thirty minutes before the courts even open!

How Our Attorneys Saved Christmas

Our attorneys went to that hearing at 8:30 on October 9, even after the home had been sold via foreclosure auction. We had to file an Objection to the Sale and an Emergency Motion to Vacate the Sale (and to Stay Issuance of Certificate of Title), and a hearing was set for October 23 to hear our motions.

The Day of the Hearing

All through this ordeal, Wells Fargo's attorneys were actually supportive of our efforts to fix their misstep. 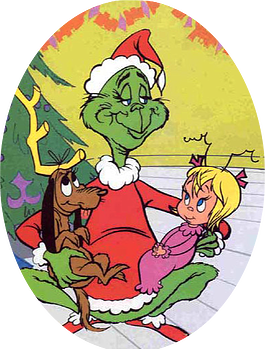 But for some reason, the attorney that was present at that hearing hastily objected to our filings, saying: "a trial modification is not a permanent loan modification." He was clueless that a part of THIS Trial Loan Modification Contract stated that Wells Fargo would not foreclose if our client made his payments on time.

His objection represented a breach of Wells Fargo's trial loan modification contract with our client.

The judge at the hearing recognized that attorney's mistake, and Stayed the Certificate of Title (meaning that the house sale is frozen) and reset the hearing of the Motion to Vacate the Foreclosure Sale for 30 days later on November 25. This would give our client time to finish performing on his trial loan modification, and would give Wells Fargo time to approve the client for a permanent loan modification.

Our client paid his 3rd and final trial loan modification payment on November 1, and this time, Wells Fargo's attorneys got it right.

“And what happened then? Well, in Whoville they say that the Grinch's small heart grew three sizes that day”
― Dr. Seuss, How the Grinch stole Christmas!

In the hearing on November 25, the judge approved, without objection, the Motion to Vacate the Foreclosure Sale that we had entered the month before, which permanently cancelled the foreclosure sale. On December 6, our client received a permanent loan modification offer from Wells Fargo, and immediately executed it.

We are so pleased for our client that they are able to keep their home and enjoy their Christmas in peace.