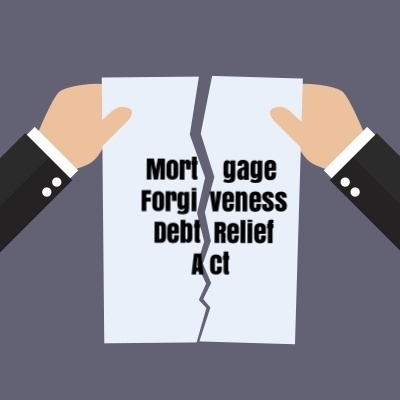 How Mortgage Debt Is Forgiven

Whenever the proceeds from the sale aren't enough to pay off the mortgage, such as in a short sale or foreclosure auction, the bank has a right to sue the homeowner for the difference, the deficient amount. If they waive their right to pursue a deficiency judgment, or if they don't pursue it, they're forgiving that debt.

If a homeowner gets a loan modification and their bank reduces the principal owed, that's mortgage debt forgiveness as well, and it's taxable.

Who's Eligible for Relief Through the Mortgage Debt Forgiveness Act

Only primary residences, which are owner-occupied are eligible for tax exemption through the act. Vacation homes and investment properties are not eligible.

Up to $2 million in forgiven mortgage debt is eligible to be excluded from income tax.

How to Take Advantage of the Act 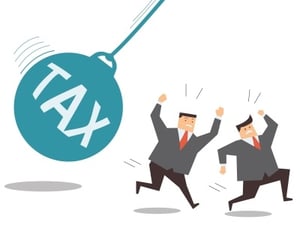 When your bank forgives mortgage debt, it will report this to the IRS and you will receive Form 1099-C for cancellation of debt even if you qualify for the exemption.

To take advantage of the Act and avoid paying the taxes you'll need to file IRS Form 982 for reduction of tax attributes due to discharge of indebtedness.

The act has been extended twice since its inception, but now the Mortgage Forgiveness Debt Relief Act is set to expire for good on January 1, 2017. Foreclosure rates are at their historic average nationwide, and this Act was never meant to last forever. Once 2017 rolls around, forgiven debt will be taxable again just like it was income.

The day before the Mortgage Debt Forgiveness Act expires, December 31, 2016, HAMP (Home Affordable Modification Program) and all MHA (Making Home Affordable) programs will also expire. It will still be possible to get loan modifications in 2017, but they will have to be done in house, according to the bank's own guidelines, and any debt forgiveness won't be tax exempt.

So there's really never been a better time to get a loan modification than right now. You have the option of HAMP or in house programs, interest rates are at historically-low levels, and any debt forgiven is tax exempt.

As you know if you've read this blog before, the one drawback of a loan modification is that they're notoriously difficult to get approved when working on one's own. It's advisable to work with a qualified professional who understands the process and can maximize your odds of success.