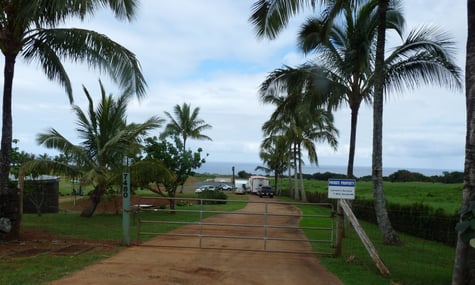 Facebook CEO Mark Zuckerberg is dropping multiple quiet title lawsuits filed over ownership of small plots of land located within the boundaries of his 700 acre beachfront estate on the Hawaiian island of Kauai.

Zuckerberg and his wife, Priscilla Chan, paid $100 million for the land in 2014 to create a private retreat for their family. But it appears that they got more than they bargained for.

The problem is that native Hawaiians may have an ownership interest in some small parcels of land inside the Zuckerberg estate. The way this can happen has to do with something unique to Hawaii called kuleana.

“Kuleana lands are those parcels granted to native Hawaiian tenant farmers between 1850 and 1855."

"The Kuleana Act of 1850 was intended to allow Native Hawaiians to claim title to lands they were cultivating, but ultimately less than 1% of Hawaii’s land area was granted to indigenous people.”

Ownership of these kuleana lands has been divided among the descendents of the original title holders outside of the normal chain of title property system the United States uses. (Hawaii didn't become an American state until 1959.) As a result, it's not clear who owns some of this land.

There are eight acres of kuleana land on Mr. Zuckerberg's property in 13 plots. He claims some of the land has not been inhabited for decades and some heirs to it may not even know they have an ownership interest in it.

To clarify ownership and force a public auction of the land, Zuckerberg and his wife filed eight quiet title lawsuits against hundreds of people. He obviously planned on winning these auctions so he could own all his land free and clear. With a net worth of $53.6 billion, he is the fifth richest person in the world and there's no reason to doubt that he would be the highest bidder.

What is a quiet title lawsuit?

“An action to quiet title is a lawsuit brought in a court having jurisdiction over property disputes, in order to establish a party's title to real property, or personal property having a title, of against anyone and everyone, and thus “quiet” any challenges or claims to the title.”

It's understandable that Zuckerberg needs some solution to the issues with his property. And he claimed the lawsuits would “find all these partial owners so we can pay them their fair share.”

But it's also not hard to understand why the native Hawaiians weren't happy about rich guy coming to their island and suing them for their ancestral land. They were upset that he started by suing rather than talking to them. Zuckerberg also built a mile long wall and along his property, and there are concerns about how accessible the public beaches that lie below his property will be.

The negative reactions started as soon as the lawsuits became public. A protest was planned outside the estate, and Hawaiians spoke out in the media.

Kapua Sproa, a native Hawaiian from Kauai and law professor at the University of Hawaii told The Guardian “This is the face of neocolonialism...it’s the last nail in the coffin of separating us from the land. For us, as Native Hawaiians, the land is an ancestor. It’s a grandparent. You just don’t sell your grandmother.”

Some homeowners facing foreclosure have asked if a quiet title action could help them avoid foreclosure or even get their house for free. Not likely. There are however appropriate foreclosure defenses that can keep a homeowner out of foreclosure while a more permanent solution, such as a loan modification, is pursued.

If you're in foreclosure, your best bet is to work with an attorney who can use the right foreclosure defenses to get you the best result. And you need to act as soon as possible. The longer you wait, the more difficult it becomes to get a favorable outcome.