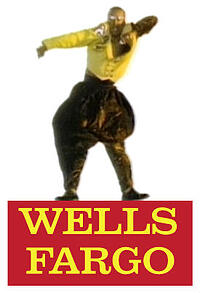 Stop. Hammer-time! On the Sale Date

Consider the case of this homeowner- he had been fighting for a loan modification on his own for years prior to retaining us. Two years prior, he had lost his job and attempted to get a loan modification on his family's home, because he couldn't afford his mortgage payment, which was nearly $3500 each month. He was granted a pre-modification trial payment plan. He made the trial payments, but his bank, Wells Fargo, said he owed too much on the property for them to complete a loan modification. Afterward, Wells Fargo suggested that he try a modification again, but his house was actually sold via foreclosure auction when his modification documents did not arrive in time (the sale was rescinded afterward). By the time he retained us (April 2012) another sale date was already set on his house and he was tired of handling the situation on his own.

First thing was first- we had to stop the homeowner's foreclosure sale date. We filed a Notice of Appearance (meaning that we would now appear on behalf of the homeowner in all legal matters) and a Motion to Cancel the Sale Date. To the relief of the homeowner, who said we were "an answered prayer", the sale date was vacated a week before it was to happen, and our home retention department was now free to pursue a loan modification for him.(Late April 2012)

Wells Fargo Does the Running Man

The homeowner submitted all the documents we needed to compile a loan modification package quickly (June 2012); so quickly, in fact, that the servicer would not accept them because they were still processing the sale date cancellation. In the meantime, Wells Fargo paid our homeowner a visit and claimed that the sale date had never been canceled. Later, the mortgage servicer (ASC) claimed the same thing. Evidently, Wells Fargo and ASC were having problems with getting their own paperwork taken care of, something they have become infamous for. Of course, neither Wells nor ASC were telling the truth, and our team stayed on top of Wells and ASC to ensure that no funny business was taking place.

We're Too Legit to Quit 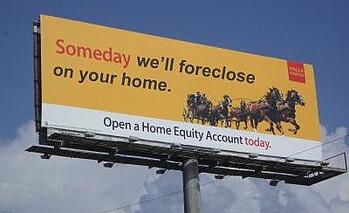 We completed the conciliation conference, but Wells Fargo continued to request more documents, and then continued to re-request those same documents for the next 5 months. Finally in July 2013, the homeowner received a trial modification where he would pay $1579 for the next 3 months. He completed the trial payments and was granted a permanent loan modification in November 2013.

For the first 5 years, his interest rate would be reduced to 2.0% and his monthly payment would stay at the $1,579 trial plan  amount. After that, the payments would decrease at a preset amount year-by-year until they settled at $1192 from year 8 to the end of the life of the loan. Also, if all payments were made on time for the first 9 years, then $236,783 of the home's balance would be forgiven. Remember, all this was after the homeowner was nearly 5 years behind on his mortgage.

We've helped over 5,000 homeowners save their homes from Banks like Wells Fargo, and we would love to help you if you're in foreclosure trouble or if you'd like some advice on how to deal with your foreclosure issues. Feel free to drop us a line and get in touch with us to see how we can help you enjoy a brighter financial future.