Homeowners Cash in on Property's Equity When Refinancing 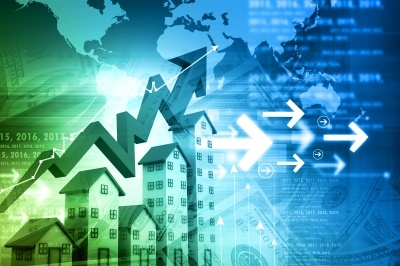 Home values have been rising and many borrowers are using the equity that's helped to give them to take money out of their homes with cash-out refinances. But they're choosing to take out much less than they could. People seem to have learned how drastically home values can drop and erase their equity and then some, and they don't want to be stuck in that situation ever again.

A CNBC article citing data from Black Knight Financial Services states that 42% of homeowners who refinanced their mortgage loans in the fall of 2015 took cash out, but they only took out a fraction of the equity they had. The home equity that was taken out is 80% less than what was taken out in 2005-2006.

What homeowners are doing today shows that they have learned from their own and other peoples mistakes, that they know how quickly their job and the value of their home can change for the worse, and they'd rather take less risk.

That's a far sight from what homeowners were doing in the last decade, before the housing market crashed. Back then banks would let homeowners take out obscene amounts of money, up to the whole value of the house, which many did so they could go on vacations and spend on luxury goods.

Pulling out a large part of the equity in your home can be dangerous because if home values drop you could find yourself underwater and with few options. Fortunately using a home like an ATM machine was never a problem for anyone because home values never went down anywhere in the country. Everyone who owned a home got rich, no one was ever foreclosed on, and the whole country held hands and sang kumbaya together. Right?

Maybe in an alternate universe.

What Happened a Decade Ago

Of course, what happened in this universe is that home values fell sharply, and there was a capital 'R' Recession. More than 7 million homeowners have experienced foreclosure. And despite the improvements, many millions of homeowners are still underwater on their home loan.

Being underwater on your mortgage loan isn't the end of the world as long as you can still afford the monthly payment on it and you don't have a desire to sell the property. But sometimes when it rains, it pours. The decline in home prices in the last decade coincided with job losses that made many homeowners unable to afford their mortgages. When you have negative equity, you can't sell your home in a regular sale unless you come out of your pockets with the difference between the sale price and what you owe on the loan. So a lot of people were and are stuck.

What You Can Do Today

If you're stuck and know you can't afford to keep your home under any circumstance, there are still options that are better than foreclosure. You can ask your lender if they'd consider a short sale or a deed in lieu of foreclosure. Short sales allow underwater borrowers to sell their property for less than it's worth and a deed in lieu agreement gives ownership of the home to the bank. With either of these you'll want to make sure you get a deficiency judgment waiver so you're not responsible for the amount you're short.

If you haven't been paying your mortgage but believe you could afford a lower mortgage payment and really want to keep your home, you should look into getting a mortgage loan modification. The federal government's Home Affordable Modification Program (HAMP) allows borrowers to reduce their monthly payment to 31% of their monthly gross income.

Modified mortgages are less expensive because they lower the interest rate and/or extend the amount of time you have to pay the loan off. Some loan mods even reduce the principal.

If you need a loan modification, you have to act soon. Not only is your bank planning to foreclose on you, but HAMP is scheduled to expire at the end of 2016. It doesn't cost anything to apply for a loan modification, but most people who apply on their own are denied, so you should seriously consider working with a qualified attorney.

Of the 7 million foreclosures that have happened, 6 million have already been completed. The 1 million homeowners who are currently in some stage of the process don't have the option of waiting to be lifted out of negative equity. They are going to lose their homes before that can happen. Modifications are the only way for them to reinstate their loan and get on the path to building equity again. If that's successful, then one day they too can think about how much cash they'd like to take out when they refinance.

Image courtesy of hywards at FreeDigitalPhotos.net