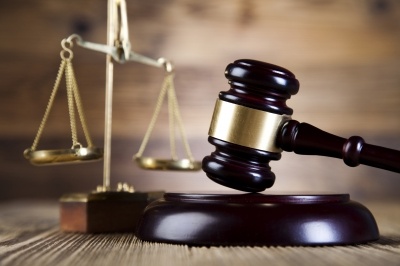 Notice of Default and Intent to Accelerate

It works like this. When you miss mortgage payments, you're in default. Your lender will probably send you a Notice of Default and Intent to Accelerate informing you that you have a right to “cure the default” by paying the bank for all of your missed payments plus fees.

The notice will also tell you that failure to cure the default will result in the bank exercising their right to accelerate payment on the loan, which means demanding that you pay off the entire balance of the loan. It's not that they think that you can afford to pay off the whole balance, but if there's an acceleration clause in your mortgage (most mortgages have it), your lender has to accelerate in order to foreclose. 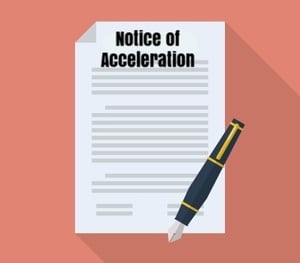 Once you default and they accelerate the promissory note, the five year statute of limitations clock starts. But foreclosure might not happen within those five years. The case could be dismissed for any number of reasons. Maybe your bank couldn't prove that they have the standing to foreclose, or that they're the right party in interest. If the foreclosure case was dismissed and the statute of limitations expired, it wasn't clear how the lender could bring another foreclosure action. Until now.

After Foreclosure Case Is Dismissed

Justice Barbara Pariente of the Florida Supreme Court wrote in the November ruling:

Did you get that? The court ruled that, after the foreclosure case is dismissed, even due to lack of standing or lack of prosecution, the mortgage is restored to its regular terms. If the borrower doesn't make payments after the dismissal, that's a new default that creates a “new and independent right in the mortgagee to accelerate payment on the note in a subsequent foreclosure action.”

But the bank doesn't really restore your mortgage to its normal terms. It won't take your payments even if you tried to make them. If the case is dismissed, but no loss mitigation solution was reached, you never have a chance to be out of default. This ruling allows the bank to assign a new default date for its renewed foreclosure action.

Florida has been one of the states most affected by the foreclosure crisis, and the ruling could increase the number of foreclosures in the state because it gives judges and bank lawyers a more clear understanding on how the five year statute of limitations issue affects foreclosure cases.

Lawyers for homeowners worry that the ruling could add confusion and make it easier for banks to foreclose by setting a default date for whenever is convenient for them.

How to Deal with Your Foreclosure Case

The Florida Supreme Court ruling isn't a victory for homeowners, but it's not terrible either. It doesn't change the options available to you to avoid foreclosure.

If all the talk about defaults, acceleration, and civil court procedures sounds like a foreign language to you, you're not alone. It is complex and confusing. To get the best result you have to either get a thorough understanding of it or, even better, work with someone who does.

And great results are possible even for homeowners in terrible circumstances. The legal process can be drawn out, allowing a homeowner in default to continue to live in their home for years without making payments.

You may be eligible for a loan modification that reinstates your loan, lowers the principal you owe on your mortgage, and gives you a more affordable monthly payment. Or you could exit your home without going through foreclosure through a deed in lieu of foreclosure or short sale.

Whatever your goals, it's a good idea to hire a foreclosure defense attorney who understands the relevant legal terminology, foreclosure process, and your rights as a homeowner so that you have the best odds of keeping your home and getting the best result you want.

Image courtesy of JanPietruszka at FreeDigitalPhotos.net