Should have saved this segment for Halloween because deficiencies induce blood-curdling, spine-tingling misery... Too much?!?

First of all, a deficiency after foreclosure is exactly what it sounds like, it's when one owes a mortgage lender money after the foreclosure sale of their home because the house sold for less than the mortgage balance (did you think all the debt went kaput after foreclosure, yeah right!). 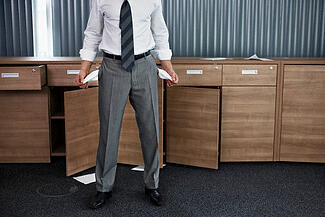 Yes people, that's $60,000 you STILL have to pay back to the lender, you can't just say ala- kazaam and voila, gone! (If only... I can only imagine being able to do that every month with my credit card statement... anyways that's beside the point...)

Ok, so where were we?... Yes, the flipping horror of a deficiency after foreclosure, hanging above your head like a black cloud, every single day... I mean, in all fairness, it could be worse...? (wishful thinking?)

The nitty gritty is, even if you feel like you can ignore this black cloud, it comes back to haunt you. In some states, “The lender can seek a personal judgment against the debtor to recover the deficiency. Generally, once the lender gets a deficiency judgment, the lender may collect this amount (in our example, $60,000) from the borrower by doing such things as garnishing the borrowers’ wages or levying the borrowers’ bank account.”

Creditors (a.k.a. reapers, sucking the life of your bank account with not even the slightest hint of remorse) can collect their “deficiency” by, drum roll please..... Placing a lien against your property, and/or repo your car and other personal property (jewelry, art, antiques, business assets, you name it & they will take!). Honestly, there's no getting out, so your best bet is to liquidate your assets and send all the proceeds to a little island called CAYMAN, problem solved! Except, that's not realistic, unless you're a bajillionaire, then you can do whatever you want. 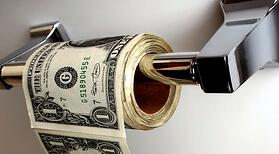 Like I mentioned earlier, the ability for a lender to secure a deficiency judgment depends on the state, some states are more willing than others. So for this segment let's focus on the sunshine state, Florida. Why? To put it frankly, there has been an increasing trend in deficiency proceedings/demands from creditors. Specifically, there have been 6 deficiency demands received in the last 3 weeks here at Amerihope Alliance Legal Services. These lenders don't want to lose a single penny (who would've thought!), cause they mean business, and business is booming!

CHANGE IN THE STATUTE OF LIMITATIONS

A statute of limitations is “any law that bars claims after a certain period of time passes after an injury. The period of time varies depending on the jurisdiction and the type of claim.” If a claim that is yet to be filed goes over the allotted time period, then it is automatically dismissed by the courts. On June 7, 2013, Governor Rick Scott signed an act that changed the statute of limitation period to bring deficiency judgment actions from 5 years to 1 year; however, this change only affects actions commenced on or after July 1, 2013. Unfortunately, if your deficiency judgment action was commenced on June 30, 2013, or any time before that, then you are still in the running to receive a deficiency judgment.

The court has flexibility when deciding the amount of the deficiency judgment, so the amount of the judgment may be substantially less than the deficiency you owe. Also, the amount due cannot exceed the difference between the judgment amount and the fair market value as of the sale date, especially if the property is either owner occupied and/or residential... Although in the end you will still have to pay out of pocket if a deficiency judgment is decided against you, it could be less than what you imagined, that is kind-of a good thing – ish?! Less is less than more!

If you get served with a lawsut seeking the deficiency after your home was foreclosed...

Don't ignore it. Your response will be due to the courts in about 20 days, and you may have some options other than shelling out the cash (that  you probably don't have) to cover the full debt.