Our florida foreclosure lawyer, Gregory Nordt, Esq. was featured February 19, 2014  on Real Money with Ali Velshi. Basically, Ali Velshi's interviews, from top CEO's to small business store owners, shed light on the financial issues Americans face in their everyday lives, because let's be honest, financial issues are a big deal.  This episode of Real Money dealt with something that hits really close to home, in the very literal sense, since Velshi addresses the very dreaded issue, FORECLOSURE, and underwater properties in Florida. 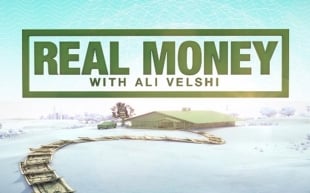 This segment, amongst countless amounts of web pages, news articles, and everyday life for many people, make you realize that the topic of foreclosure is not so uncommon. I mean we all know that aside from being no good, foreclosure is the (evil) process of taking possession of a mortgaged property (usually the home you have transformed into your humble, relaxing abode) as a result of the mortgagor's failure to keep up mortgage payments (wait, my mortgage is HOW MUCH.. gee that's expensive!).

Apparently Florida just loves to foreclose, considering there are still parts of Florida with extremely, and I highly emphasize the extremely, high foreclosure rates. For instance, there are over 300,000 homeowners in Florida that are still in foreclosure, you'd think there would be more compassion right?

The Dark Years of Foreclosure

There are some very intelligent people, hint hint: CEO of The Carnegie Group, Shari Olefson, commenting, “The state of foreclosure in the state of Florida is almost exactly where the country was 3 or 4 years ago.” Now, sit for a moment and ponder back to the dark ages, better yet, lets refer to them as (THE DARK YEARS). Yes, back when many homeowners across the country were in a panic because they came to realize their mortgage was way too expensive and voila, faster than saying, “Gee I can't make mortgage this month,” foreclosure was knocking on their door. Now, if you forgot about those dark years, let me refresh your memory, according to Florida Foreclosure Statistics for the year 2008, “Florida registered the nation’s second highest state foreclosure rate in 2008, with 4.52 percent of its housing units (one in 22) receiving at least one foreclosure filing during the year.” Not to mention that was only for 2008, many more came after.

Think about it, 1 in 22 homes were lost, that sounds almost as bad as the bubonic plague, and don't even think about just brushing it off, because it is STILL affecting homeowners. Just when you thought those times were over and you were starting to see a little ray of sunshine in the horizon, guess what,  get your umbrellas back up people because it is still pouring.

You thought I was done talking about this terrible topic? Well unfortunately I am not, there's more.  Let us familiarize ourselves with the concept of underwater mortgage, and no, it is not your mortgage going for a swim with floaters and rubber duckies (although wouldn't that be a hoot).  An underwater mortgage, seriously speaking, is a home loan with a higher balance than the free-market value of the home. Now, you're probably thinking to yourself that you were scammed, robbed, and it is so not fair. As if it wasn't bad enough, this situation prevents the homeowner from selling the home unless he/she has cash to pay the loss out of pocket.

Now you're thinking, "Where in the world (unless I resort to some unorthodox practices,)" which I highly suggest you don't, c'mon,you don't want to lose your home AND  get in trouble with the law) "am I going to find the money to pay back everything I owe?" and I assure you, what one owes isn't just some nickles and dimes.

DISCLAIMER, what you are about to hear is the worst part of everything I've said.

An underwater mortgage prevents you from being able to refinance your mortgage. Thus, if the you want to sell your home because you can't afford the mortgage payments anymore, the home will fall into foreclosure unless you are able to renegotiate the loan.

Geez, isn't that a mouthful, a bitter mouthful I should add. Yet, it is so many homeowner's realities, because honestly, even if you're not dealing with foreclosure, you might believe your home was a little too expensive and if it were a couple bucks less, that would be awesome.

Now, if you caught the video, you would have spotted our own Gregory M. Nordt, a foreclosure defense lawyer here at Amerihope Alliance Legal Services.  He puts in his wise two cents by explaining why foreclosure cases take so long to be heard in court, thus why the foreclosure process is so long, dreary and extended. Pretty much, since there are staggering amounts of foreclosures, the courts are flooded, and because of that, one does not get the best opportunity of getting their cases heard. According to Nordt, it's like a "cattle call" at the court house. As if the foreclosure process wasn't bad enough, you have to deal with sub par, 2-minute foreclosure hearings.

Wow, doesn't it feel like you're always getting the short end of the stick when it comes to foreclosure? The easy and obvious answer to this is YES.

I know everything I've spoken about so far in this article has been, eh, a little heartbreaking and I completely understand that, just writing about it makes me weary about so many homeowner's situations. This is a very serious topic that is affecting many Americans on a daily, hourly, secondly basis, yet hope is not lost!

Let's make a 360 degree turn and talk about happy things, such as, what you can do to free yourself from these so called people that you thought were your friends and had your best interests in mind (BANKS/ MORTGAGORS/ DEBTORS, whatever you want to call them) yet, stabbed you in the back with a rusty knife when you least expected it (was this dramatic or what!?).

What you first have to do is realize that there are always solutions at hand. Right when you thought this storm would never pass, you see a little rainbow starting to form (who knows, maybe even with a pot of gold at the end, but no leprechauns, all those pesky little things do is cause trouble).  Really though, there are solutions, and what one needs to do is contact a place with expertise so intense that they will prepare their most humble knight, put his armor on, and fight the dragon until the end (in this case it is Amerihope Alliance Legal Services, and our legal team, with Gregory M. Nordt, Esq. as the knight, and the bank/creditor/debtor as the evil fire breathing dragon).

It is up to you, if you want to get out foreclosure, call a knight into battle, and that knight will fight the good fight to free you from the dragon that's trying to take away your castle.