Are You a Victim of Predatory Lending? 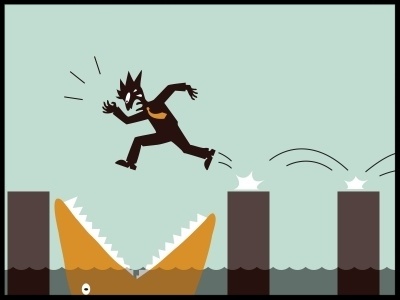 What Exactly Is Predatory Lending?

Predatory lending is a term used to describe many different types of illegal and unethical activity in the lending industry. There is no legal definition for predatory lending, but it generally has to do with imposing unfair and abusive terms on a borrower especially when the borrower is convinced to accept the terms through deceptive, coercive, and fraudulent practices.

Predatory lending benefits the lender and gives the borrower less than ideal terms. The practice often takes advantage of borrowers who don't have a thorough or sophisticated understanding of what they are getting into.

Any type of loan could be predatory, whether it's a payday loan, car loan, or mafia gambling loan. But what you've heard called predatory lending most in recent years probably has to do with mortgage loans.

With the effects of the housing crisis still being felt, there are a lot of homeowners in foreclosure, underwater, or close to it who are wondering if they are victims of predatory lending and, if so, if proving it could help them in some way.

Let's look at some circumstances endured by homeowners who feel they are victims of predatory lending:

Predatory lenders may charge much higher fees than reputable lenders. Fees for less than 1% of the loan amount are typical for good loans, but predatory loans can be more than 5%. It can be hard to tell what you're being charged because the fees are financed and aren't included in the interest rate.

Predatory lenders have been known to steer borrowers toward higher-cost subprime mortgages when they could have qualified for a regular loan. Fannie Mae says that about half of subprime borrowers could have gotten a loan with better terms. Predatory lenders target borrowers who they believe are most likely to fall for being steered into a loan that's best for the lender and not themselves, such as the elderly and poorly educated.

A borrower can't make an informed decision if their lender doesn't give them accurate information. If a lender isn't forthcoming, or just plain lies, about vital information, you can act against your own best interest.

Brokers who push borrowers into a loan with a higher interest rate than they qualify for can receive a kickback from the lender, which gives them an incentive to push higher interest loans.

There are many more practices that are considered predatory, such as selling unnecessary insurance and including language in a contract that restricts the borrower's rights when they are taken advantage of.

There are laws at the state and federal level intended to help consumers make more informed decisions and avoid being taken advantage of, such as:

Consumers are supposed to have more protections from predatory lenders nowadays. Hopefully the new laws and rules help borrowers going forward. That doesn't change the fact that right now there are a lot of homeowners struggling to pay their mortgage or in foreclosure who feel that their lender misled them.

If you think you're a victim of of predatory lending, speak to an attorney. If the terms of your loan are unconscionable, your attorney may be able to use that to delay your foreclosure until you can get a permanent solution like a loan modification, short sale, or deed in lieu of foreclosure.

Image courtesy of jesadaphorn at FreeDigitalPhotos.net