A Comprehensive Guide to Leprechaun Hunting 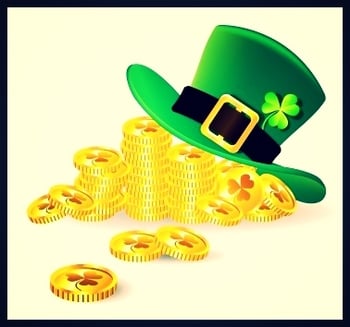 While our law firm focuses on foreclosure defense and loan modification assistance, we also employ people with knowledge of the infamous, magical creature of Irish folklore, the leprechaun. In honor of Saint Patrick's Day, we are now making all of our leprechaun-related advice available to the public free of charge.

It used to be that you had to take a class on the law pertaining to small creatures like leprechauns, goblins, and ghouls to get a law degree. Sadly, the standards at most law schools in America aren't what they used to be.

Nowadays, most lawyers (in this country at least) couldn't even tell you the difference between a fairy, faun, sprite, and pixie. This is a shame.

Fortunately for you, we know all about these creatures and are happy to share our knowledge. If you're up to the challenge, we offer this guide to tracking, identifying, and taking advantage of the magical powers of leprechauns. 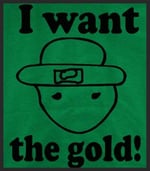 The best way to track a leprechaun is to go outside and look for its tiny footprints or a trail of coins and valuables. They are known to prefer wooded areas but sightings have also been reported in trees in urban areas. The best time to hunt them is around dawn or sunset. If you pick up a trail, move slowly and quietly from upwind. They have excellent hearing and smelling and startle easily.

There are stories of hunters picking up a trail, being unable to find the creature, then discovering it ransacking their home upon their return. You must be prepared for this possibility at the outset. 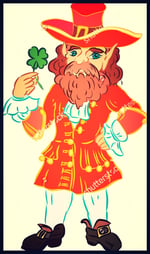 If you're hunting and come upon a small human-like creature, do not assume it's a leprechaun. It could just be a child. If it's wearing pointed shoes, a leather apron, and is making or repairing shoes, that's an elf. Anything under a bridge is probably just a troll. Keep hunting.

A leprechaun is about two feet tall and, contrary to popular belief, wears a red jacket (not green) that has seven gold buttons on it. They often wear white shirts with frilly lace on the cuffs and collar, a hat, and buckled shoes.

Making The Most Of Your Encounter

If you are successful in finding a leprechaun do not tease, abuse, or attempt to trap it no matter how much it makes fun of you. Restraining the creature is not only illegal and immoral but also ineffective. Everyone who has tried to restrain one has found themselves tied up like an animal while the creature taunts, tickles, and laughs at them.

The only way to keep a leprechaun from disappearing is by challenging him to a game of wits, which they are unable to refuse. Your best bet is to ask him to solve a riddle. Keep in mind that most leprechauns are hundreds of years old and have probably heard every riddle known to man. So you should write your own.

If the leprechaun successfully solves your riddle, he may steal your clothes and force you to walk home naked. (Good luck convincing the police that a leprechaun stole your clothes.) If you stump him with your riddle, he will be required to grant you at least one wish. However, leprechauns are shysters and getting a wish granted might not work out like you hoped.

For instance, one woman wished for her mortgage, which was in foreclosure, to be paid off. It was, but ownership of the home was transferred to her ex husband because she said nothing about keeping the property for herself. Another person wished for the leprechaun's pot of gold, which was given to him and immediately taken back. “I didn't say how long you could have it,” the creature said before punching him in the nose and running away laughing.

Leprechauns are always playing tricks like that. Some of them have better personalities than others, but none of them take kindly to someone trying to steal their fortune or forcing them to grant wishes. So keep in mind that even a best case scenario may not work out so well for you. In fact, we're not aware of any verified cases of someone actually getting anything of value from a leprechaun.

Hunting for leprechauns can be fun, but if you think you have a good chance of walking away with their pot of gold, think again. They're simply too hard to find, too smart, and not bound by the conventional laws of physics or the American judicial system. In our opinion you have much better odds of addressing your financial problems, such as foreclosure, with non-magical means.

Image courtesy of Rattikankeawpun at FreeDigitalPhotos.net