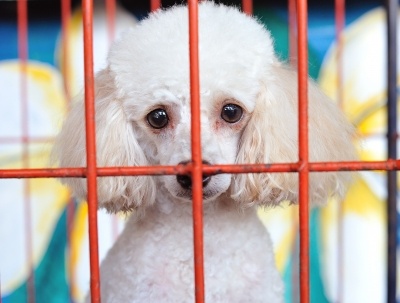 Foreclosure has a tremendous human cost. Families get kicked out of their homes, have their credit wrecked, and must find a new place to live. It's very difficult for the people who go through it, but there's also a nonhuman cost. Cue the Sarah McLachlin music, get your tissues ready. One of the most heartbreaking results of the foreclosure crisis is the effect it has on pets of some foreclosed homeowners.

When many homeowners lose their homes to foreclosure they rent an apartment that doesn't allow pets, so they have to take them to a shelter where as many as half of the animals must be euthanized because of overpopulation. Still, shelters are staffed by workers and volunteers who love animals and try to find find them permanent homes. Giving your animal to a shelter is the responsible thing to do if you can no longer care for it and can't find them a new home on your own.

Unfortunately, not everyone is responsible. Some foreclosed homeowners simply abandon their pets and leave them to fend for themselves on the street, in wilderness areas, or even trapped in the foreclosed house or yard. Come on, even the sadistic villain in the Saw movies gave his victims a chance to escape if they could solve a puzzle. A confined, abandoned animal doesn't even have that chance. How could this happen? 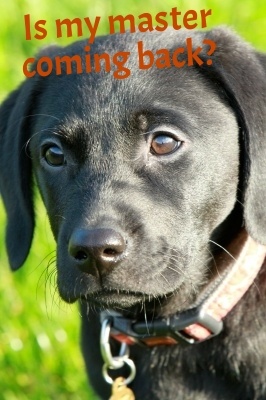 If you are facing foreclosure, you should speak with an experienced professional to determine your options. If you do that but can't keep your home, and the place you're moving to doesn't allow pets, do the responsible thing and find somewhere for your pet to go. Call your local shelter or humane society. Even if you can't pay the standard fee to drop off an animal they may know of alternatives. There's no circumstance in which it's acceptable to abandon an animal anywhere.

There are things you can do to help:

Unfortunately, the foreclosure crisis is not over. There are still hundreds of thousands of homes in some stage of foreclosure across the country. So we are likely to continue to hear stories about abandoned pets and distressed families for years to come. If it happens to you, make informed and compassionate decisions for yourself, your family, and your furry friends.

Images courtesy of SOMMAI and Tina Phillips at FreeDigitalPhotos.net