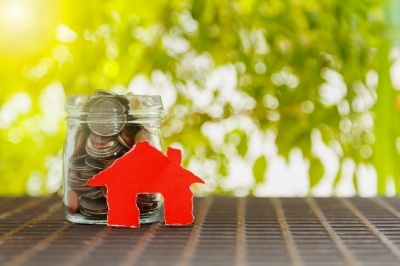 One Mod would cut borrower's payments through some combination of interest rate reduction, loan term extensions, and principal forgiveness or forbearance. The MBA's plan would allow some borrowers to receive a streamlined modification without submitting paperwork.

The MBA created a task force with 20 different companies that came together with the intention devising universal principles for future loss mitigation based on lessons learned from the financial and housing crises and HAMP. Their rationale is that:

“After HAMP terminates, there will be a need for servicers to be able to provide loss mitigation under a cohesive framework. A unified framework is preferable because it offers clarity and predictability to both servicers and consumers, equitable outcomes that do not vary based on the particular government insurer or guarantor, and provides servicers with a single program to administer.”

One Mod includes 4 guiding themes, from their site:

4 Guiding Themes of One Mod

These 4 themes are exactly the same as those found in the Consumer Financial Protection Bureau's recently released principles for future loss mitigation document. But the MBA has also added 10 principles based on the 4 guiding themes and expanded into more specifics. The full details of One Mod can be found here.

The point of One Mod is, like HAMP, to help delinquent homeowners avoid foreclosure and get a more affordable mortgage payment.

To that end, the MBA Task Force has developed a waterfall process that applies successive payment-reducing steps until the monthly payment has been sufficiently reduced.

The One Mod waterfall is very similar to the HAMP waterfall, and with good reason.

Although not perfect, HAMP has offered a solution that allows homeowners to keep their home while helping the investors in their loan avoid losing even more more money by going through foreclosure proceedings and selling the property to someone else. Loan modifications can be a win for all parties.

So, even without the government setting loan modification guidelines, requiring banks to consider homeowners for loan mods, and paying incentives for them to do so, loan mods will still be around after HAMP expires because they're often the best option for everyone.

If One Mod is ever approved by the government agencies with a stake in the mortgage market, it could offer a much more convenient option than traditional loan modifications, which require the borrower to submit a lot of paperwork. The MBA's proposal includes a process flow chart that shows consumers who are 90 or more days delinquent should be offered a mod without any steps in between!

Until, and if, One Mod is ever approved, you're going to have to submit a significant amount of your financial documents when applying for a modification. You've got to prove that the proposed modified terms are within your financial means, and that can be a challenge. Affordability is the biggest reason borrowers are denied.

Whether you're applying for a HAMP or in house loan mod, it's helpful to have a professional on your side to help guide you through the process, ease your stress, and ensure that you get the best deal possible.

Image courtesy of jk1991 at FreeDigitalPhotos.net