Loan Modification Success: 20 Months Past Due with Ocwen? No Problem 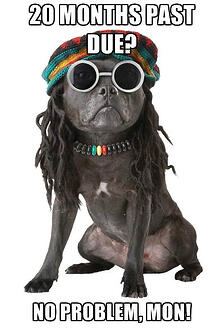 The New York homeowner in our story certainly faced extenuating circumstances of his own. His family had faced death within the family, and was also enduring the financial effects of serious extended sickness. He was no longer able to pay his $786 payment to GMAC (his loan was eventually sold to Ocwen Financial) on his home that he and his wife shared, and was over 8 months behind and far into the foreclosure process by the time he and his wife retained us.

As if to add insult to injury, the homeowner's interest rate was an astronomical 9.0% (his home loan was one of the infamous adjustable-rate loans that played a large part in starting the mortgage crisis), and the homeowner had been planning to retire in early 2013 for years; this now seemed like a bleak prospect. The homeowner retained us in late 2012, and our home retention department began working with he and his wife to compile a loan modification package. Simultaneously, our legal team began to prepare a legal defense for the homeowner.

After the homeowner finished paying his trial payments, it took an entire month before his file finished review for a permanent loan modification. Finally, in late October 2013, he received a permanent loan modification from Ocwen after falling 20 payments and over $17,000 behind.  His new monthly payment would be $635.06, and his interest rate would be permanently fixed at 4.5%. His principal balance would be slashed by $19,000 if he upheld the terms of the mortgage payment. Our attorneys were now free to dismiss the homeowner's foreclosure case so he could enjoy his retirement in peace.