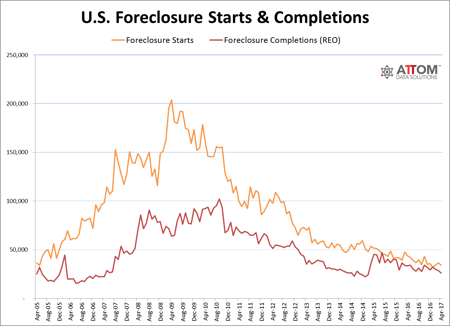 For the country as a whole, 1 out of every 1,723 houses had a foreclosure filing in April 2017. But real estate is all about location, and some states have a bigger slice of the foreclosure pie than others.

In what's been a familiar story for a long time, New Jersey continues to lead the country with the highest foreclosure rate of any state with one in every 562 homes having a foreclosure filing in April 2017. That's more than three times the national average and a 1% increase from the same month last year.

Delaware and Maryland come in after New Jersey, followed by Illinois with one in every 1,083 homes having a foreclosure filing.

The bad news continues for New Jersey on completed foreclosures, which saw an increase of 45% from a year before. 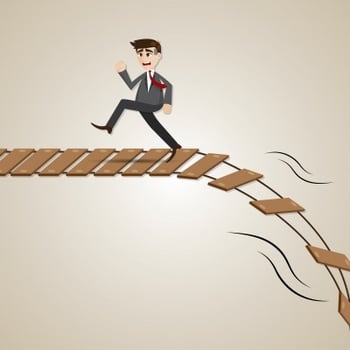 The repeat foreclosure rate shows just how difficult it can be to stay out of foreclosure even if you avoid it once. In recent years a lot of homeowners fell behind on their mortgage, then got their loan reinstated with a government HAMP modification or in-house loan modification from their bank.

The only problem is that a lot of the loan modifications that allowed people to keep their homes weren't all that great, the payments were barely affordable, and the homeowners ended up back in foreclosure in short order.

If you need a loan modification to save your home, an experienced professional, such as a foreclosure defense attorney, may be able to negotiate a better loan modification than you can on your own. Without help, you'll never know if you're getting a fair deal that gives you the best odds of staying out of foreclosure for good.

Image courtesy of iosphere at FreeDigitalPhotos.net