The 3 Biggest Foreclosure Stories in Florida for 2013, and What they Mean for 2014 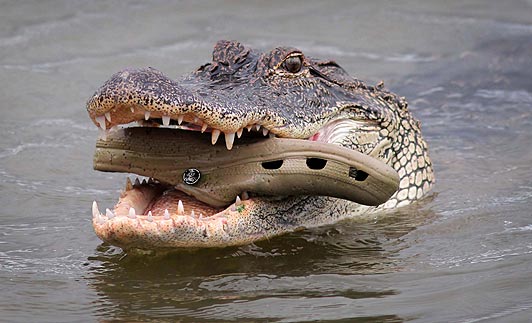 When you first heard these stories, you probably didn't believe they were true. Whether the stories featured controversial changes to the Florida foreclosure laws, Florida's unbelievable foreclosure timeline, or a slap on the wrist for Florida's Foreclosure King, the three biggest foreclosure stories in Florida in 2013 are, well... as "Florida" as it gets.

HB87 Was Passed into Law

HB87, which is also known as the "rocket docket" law, actually expedites the foreclosure process by making it easier for banks to foreclose. By switching the burden of proof from the plaintiff or bank to the defendant or homeowner, the borrower must prove the lender doesn't have the legal grounds to take the property within 20 to 45 days of serving the foreclosure notice.

In addition to switching the burden of proof, the reduced timeline greatly diminishes the ability of the borrower to gather the proper evidence from the bank. Under HB87, homeowners are at a severe disadvantage during the initial decision and during the appeal of a decision, if there are even funds to support an appeal. HB87 was originally created to alleviate some of the outstanding foreclosures in Florida by reducing the amount of time it takes to process the foreclosures, but has instead mostly managed to leave scores of homeowners angry.

According to Bloomberg, 1 in every 32 households in Florida received a notice of default, repossession, or auction in 2012. This rate is over two times the average rate in the United States. In addition, Florida already also had the nation's largest foreclosure backlog after the foreclosure moratorium that followed the "robo-signing" scandal. To make matters worse, although HB87 was designed to speed the process up, ironically it extended the foreclosure timeline substantially once it was passed into law.

When the law took effect on July, 1, 2013, the timeline for foreclosure slowed down even more and became further backlogged. This is because banks were unable to comply with the parameters of the new Florida foreclosure law and provide documentation that they owned the loan.

The "Foreclosure King" Gets a Slap on the Wrist 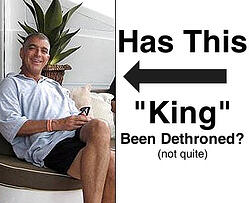 The "foreclosure king", Attorney David J.Stern, owned a South Florida law firm as well as an affiliated foreclosure-processing company. He grossed $260 million on a reported 70,000 foreclosures and employed approximately 1,200 employees. In 2011, after Freddie Mac and Fannie Mae pulled the files of Stern's clients, they uncovered that his "foreclosure mill" operation cut several corners. Approximately 100,000 cases were simply abandoned, which lead to insanity in Florida courts. In addition, a legal ethics filing was processed by the Florida bar against Stern.

At first, Stern boldly defended his ethics in the case. He claimed only a small fraction of the 277,000 cases his law firm purchased for client mortgage servicers. However, David Stern eventually decided to throw in the towel in court... and suffered the harsh punishment of disbarment and a tiny fine. What's more "Florida" than that?

Read Our Special Report: Florida's "Foreclosure King" Dethroned? Not Quite"

HB87 was designed to alleviate some of the foreclosures by speeding up the process. At first, lenders and their lawyers had to learn the legislation and modify their practices, which attributed to the increased congestion. In 2014, the foreclosure process may no longer be a long, drawn-out process. Before, homeowners could afford to drag their feet. The burden of proof is now on the borrower, which means that, if you're in foreclosure, every second is precious time you cannot get back. Click below to download our guide that will help you verify where your home is in the foreclosure process.