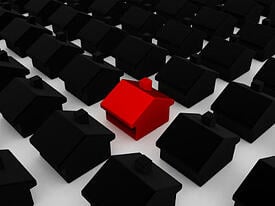 If New Jersey's people, government, and banks don't make the right choices, then it could spell a worse 2014 and beyond for everyone in the Garden State.

What Will Banks Do with Their Inventory?

6.7% of all mortgaged homes in New Jersey are considered "shadow inventory", which is the second-highest rate in the nation, after Florida.

Banks deal with these "shadows" in different ways. Some banks allow homeowners to rent after foreclosure is complete (this is even stipulated in some cities nationwide), which helps save the costs associated with maintaining an unoccupied house. Other banks have been accused of offering "trial loan modifications to nowhere" that function as de-facto rent until foreclosure can be completed and the house can be sold. It has also been speculated that other banks skip "loan modifications to nowhere" altogether, and actually manipulate how foreclosure proceeds in court in order to minimize future shadow inventory.

Shining light on the "shadow"

According to most pundits, banks are currently preferring to hold onto distressed properties instead of selling them, because they expect that the properties will appreciate very soon. In other words, banks are expecting to turn huge profits when they begin selling foreclosed properties en masse. That also means that it will be advantageous for banks to foreclose on homes quickly, instead of letting them dawdle within the judicial foreclosure process.

What Will Happen to Foreclosures in New Jersey?

While new foreclosures (or in real estate terms, "foreclosure starts") are predicted to continue decreasing in 2014, it will be interesting to see what New Jersey will do to decrease the amount of foreclosures that are currently within its court system.

New Jersey will need to look to the example of other states in order to determine which direction to go. Some states, such as California and Nevada, have enacted decidedly pro-homeowner policies that have made the foreclosure process more favorable for homeowners. These policies have been billed as "Homeowners' Bill of Rights". Other states, have enacted policies that are arguably pro-bank, such as Florida's unpopular "rocket docket" law, which rushes foreclosures through the system.

How Can Homeowners Influence the New Jersey Foreclosure Process?

If you are facing foreclosure, don't leave it up to the state government to help you solve your problem. Only the politicians in Trenton know whether they will choose to serve the banks' interests or homeowners' interests when it's time to create new laws. Even if you aren't facing foreclosure, but care about your neighborhood's welfare in the future, then write to your state congressman and request that they create a New Jersey Homeowner Bill of Rights. Such a law would help provide some much-needed stability to New Jerseyans.