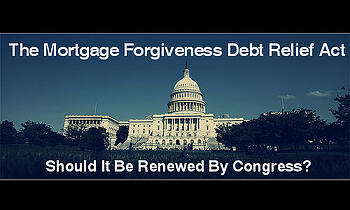 According to an article in CNN Money, the number of foreclosures reached staggering levels in 2007 with 405,000 homeowners losing their homes. Based on the previous year's numbers, repossessions in 2007 were up an astonishing 51%. Yet, the situation continued to worsen with December's foreclosure numbers skyrocketing to 97% over the previous December's filings. For the year 2007, the total filings, which included auction sale notices, default notices, and bank repossessions, towered to an unimaginable 75% over the filings in 2006. Needless to say, the housing market and the nation's economy were in dire straits.

Getting Worse Before It Gets Better

As a result of the deteriorating housing market and staggering number of foreclosures, banks were issuing 1099-C forms like candy at Halloween. The 1099-C form is issued when a homeowner owes the bank more than their home is worth and the home is already foreclosed on. On the form is the amount of the debt that was forgiven, which represents the balance that is owed to the bank after the home is sold. This canceled or forgiven debt is viewed and treated as income by the IRS, which means the homeowner would be required to pay taxes on this invisible income. While situations seemingly were getting more dismal by the minute for foreclosed homeowners, the government was busy developing a plan for relief.

On December 20, 2007, the Mortgage Forgiveness Debt Relief Act of 2007 was enacted as a means to negate the taxation of the income from the modified terms of a mortgage or from the foreclosure of the primary residence. The act, which was signed into law by President George W. Bush, was a vital piece of legislation that helped prevent the country from plummeting further into despair. 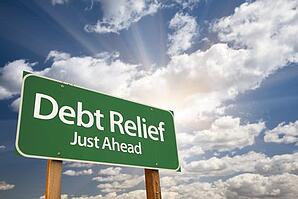 The Mortgage Forgiveness Debt Relief Act of 2007 extended the benefits of the legislation for three years, which included applicable debts discharged from 2007 through 2009. Afterward, the Emergency Economic Stabilization Act of 2008 extended the relief for an additional three years, covering debts that were discharged through 2012. Currently, the relief provided by the Mortgage Forgiveness Debt Relief Act is set to expire on December, 31, 2013 unless Congress can reach an agreement and extend the relief.

To Extend or Not to Extend is the Question

One of the main considerations regarding the extension of the act is the timing and the resulting impact on the housing market. If the extension is passed early in the year, the fear of a new tax will be less impending. As a result, there will be much less pressure for people to sell their homes to catch the tax break. On the other hand, if the extension isn't passed during the earlier part of the year, people may panic and hastily sell their homes before the year ends, which will cause a housing dump. As a result, the prices of homes will continue to drop and cause more financial uncertainty.