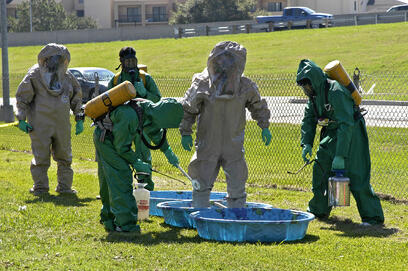 As a little background, before the real estate bubble burst, mortgages were routinely sold off to third-party banks and bundled into “pools” of mortgages, some good, some bad, with the resulting products sold off to investors in chunks. Once borrowers began to default, whichever banks were left holding unsold bags of bad mortgages began to foreclose. The trouble is, that these mortgages were often transferred so often, that banks simply assigned them “in blank,” meaning that whoever last held the mortgage was deemed to be the “owner.” Fine and dandy, at least as far as banks were concerned. Once foreclosure was initiated, the mortgage holder would just fill in the blank with its own name.

In Ibanez, the Court looked at two such securitized mortgages which had been foreclosed on. Sometime after the sale, the former homeowners sued, arguing that the foreclosing banks hadn't shown that they were properly assigned the mortgages and thus had legal title to initiate foreclosure in the first place. In a first-of-its-kind ruling, the Massachusetts Supreme Judicial Court agreed, finding that by failing to demonstrate a proper chain of title from the loan issuer all the way to the “holder” of the mortgage, the banks were in violation of Massachusetts' non-judicial foreclosure law. It wasn't enough to just fill in the blanks after foreclosure had started; they had to show how the mortgages came to them along a clear chain of title.

The end result is that whoever bought the foreclosed properties ended up with clouded or “toxic” titles that invited lawsuits from former homeowners and could prevent future sales. For borrowers, this meant a new tool in their arsenal to fight back against illegal and unfair bank practices. While in some cases, these homes were purchased by individuals and families, most of the time the properties were bought by the very banks that foreclosed on them at rock-bottom prices.

Now comes new legislation which may yet give relief to the “poor” toxic title-holders. The bill, which recently made its way through the State Senate, would give those properties affected by improper or defective foreclosure clear and marketable title if three years have passed since foreclosure took place. While the bill would do nothing for those properties currently in litigation, it would effectively limit a borrower's time to sue to get their home back from twenty years to three. Since many of these foreclosures took place at the height of the recession well over three years ago, it would create serious repercussions for thousands of Massachusetts residents.

While banks and real estate associations argue that such a move is necessary to allow vacant properties to be sold off, homeowner rights groups rightly point to the fact that the law would further cripple the victims of often-predatory lending practices. Whether the “cleanup” is allowed to occur will be seen; the law is currently under review by the Massachusetts House.