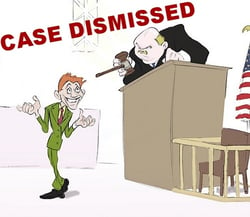 In March 2015, we were retained to represent a Florida homeowner who was being sued by Dyck-O'neal to collect a post-foreclosure deficiency in the amount of $34,078.93 plus interest, costs, and attorney's fees. We won his case, and he owed nothing.

In 2009, our client had walked away from their underwater home. Judgment was entered March 23, 2009,  and the home was sold at a foreclosure auction on June 2, 2009. Five (5) years and 22 days after the foreclosure sale, the deficiency claim was filed. Our client owed over $70,000 when their underwater home was foreclosed 5 years prior and were afraid of what owing this $35,000 could mean to them.

Our attorney quickly noted that there may be a SERIOUS problem with the time line in this case.

Violating the Statute of Limitations

Dyck-O'neal, who purchased the debt with the intention to collect, violated Florida's Fair Foreclosure Act by filing this lawsuit 22 days too late. Florida House Bill 87 was passed in 2013, which provided that this case "must be filed within five (5) years after the action (sale) accrued (date of sale) or by July 1, 2014, whichever comes first."

We approached the Plaintiff's Attorneys and made them aware of the Florida Statute of Limitations as amended, and they were still unwilling to drop suit. Our hands tied, we filed a Motion to Dismiss the complaint and set it for hearing.

On May 29, 2015, the Judge of the Circuit Court of the Second Judicial Circuit of the State of Florida granted our motion and the case was dismissed. Our client is FINALLY FREE from the burden of their underwater foreclosure. We won against Dyck-O'neal and our clients don't owe a dime.

“...to any [deficiency] action commenced on or after July 1, 2013, regardless of when the cause of action accrued. However, any action that would not have been barred under s. 95.11(2)(b), Florida Statutes (2012), before the effective date of this act must be commenced withing 5 years after the action accrued or by July 1, 2014, whichever comes first.”

A History of Deficiencies in Florida

Florida has been the state with the biggest inventory of backlogged foreclosures. In June 2013, to speed up the foreclosure process and shorten the backlog, House Bill 87 or "Florida Fair Foreclosure Act"  was passed. One of the things this bill did was it reduced the time period for filing a deficiency judgment from five (5) years to one (1) year after foreclosure sale, and for older cases, granted until July 1, 2014.

About the Plaintiff – Dyck-O'Neal, Inc. A national purchaser, asset manager and servicer of real estate loans (a debt collector). So Dyck-O’Neal, Inc. negotiated with Fannie Mae and bought up thousands of stale foreclosure judgments for cheap because under the new statute of limitations were about to expire. Included in that portfolio was our client's foreclosure judgment. 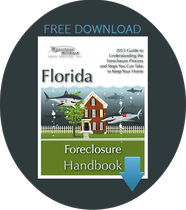