What Should The President Do To Improve Mortgage Modifications?

David Ramos is one of the nation's foremost experts in home loan modification. He has helped over 5,000 homeowners stay in their homes, and now works with lawyers to save homeowners as Operations Manager at Amerihope Alliance Legal Serviceswhich is a law firm that concentrates on foreclosure defense. Today, I asked him about what the government should do to help homeowners. 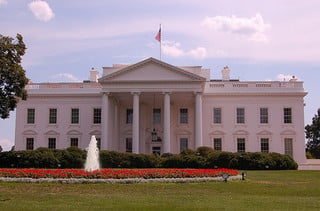 Interviewer: If you were President, what is the one thing you'd do to help homeowners who need a home loan modification?

David Ramos: “To understand the changes I would make, you need to first understand what the situation in the loan modification industry is today. Before Wall Street got involved with home loans, the loan modification system was a lot more simple. If a client's mortgage was with Chase Bank, for example, then we would just call the bank directly and work with them. When subprime lending was in vogue and Wall Street became involved with home loans, loans were no longer owned by single banks, they were often owned by groups of investors who purchased them on the secondary market. Oftentimes, this is an issue when we are working to fix someone's loan problems, because you're no longer trying to work out a deal with one person; instead, you're trying to work out a deal with several people, which makes it infinitely more difficult, and sometimes impossible.”

“If anything, I would focus on putting more pressure on the investors behind the loans, not the loan servicers. I would give some kind of incentive for investors to do principal reductions, because that would change the entire ballgame of loan modification, even more than a lower interest rate. Let's imagine that there's a homeowner who owes $500,000 on his house. Imagine that he was offered one of two options- he can pay back the full $500,000 at a 2% interest rate, which is the adjusted interest rate provided by HAMP (Home Affordable Mortgage Program, a government program designed to help people in bad mortgages), or he could can pay back $300,000 at a 6% interest rate. If you're smart, you'll take the $300,000 at a 6% interest rate, because you'll have to pay less. Ocwen Financial's SAM loan modification program is currently the best example of how well this could work. Even though it is not totally foolproof, I do think it's the answer.”

“The SAM (Shared Appreciation Modification) loan modification program works like this: If you pay on your loan at a lower payment for the first several months, then a large portion of your principal will be forgiven. If you continue to pay your home loan on time, then they'll continue to subtract from your principal. If you sell your house at a profit, then you are contractually obligated to give the loan servicer a small percentage of that profit. To me, this makes the most sense because it benefits every party involved.”

Final Thoughts and a Final Idea on Mortgage Modification

“In summary, if I was the President, I'd take a long, hard look at the SAM modification, then use it as a model for a new version of HAMP. If I was the President and could go back in time a few years, I wouldn't have bailed out the banks, I would've given that same money to the investors behind the bad loans and said 'look, for every loan modification where you reduce the principal and put the borrower back in their home, you get a percentage.' I think things would be different today if the mortgage crisis had been handled that way.”

To hear more from David, read our previous interview with him: "Saving the American Dream: David Ramos, Mortgage Modification Master"