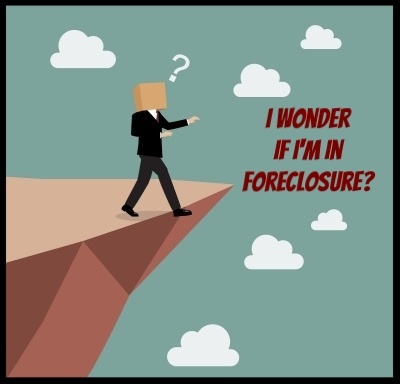 Your case isn't going to fall through the cracks and allow you to get your house for free, although it's tempting to entertain that thought because of how long you can get away with not making payments. Don't waste your time fantasizing about a free house because it's never going to happen.

The bank isn't making empty threats in the missed payment notice, notice of default, and/or summons and complaint they send you. Sooner or later you will lose your home in a foreclosure auction if you don't work things out with your lender. After an auction it will be too late to do anything. But the timeline for foreclosure can seem shrouded in mystery and randomness.

Let's look at some factors that contribute to the confusion, long time to foreclose, and how you could be in foreclosure and not know it.

The Causes of Confusion 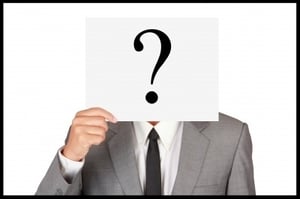 If it feels like doing nothing has been effective for avoiding foreclosure for three years, why change anything? Of course, doing nothing is not helping anyone avoid foreclosure. Going for a long time not paying your mortgage and not being foreclosed on can probably be attributed to the way foreclosure works in your state or how busy the courts are. To reach a permanent resolution with your lender you have to take action based on the circumstances of your situation.

Problems Getting Documents. Your lender will be letting you know about your missed payments with official notifications. If you don't get those you won't know where you stand. If a notice is taped to your front door and gets blown off by the wind or if a letter comes but is accidentally (or intentionally) thrown out with the junk mail or doesn't get opened, you'll be left in the dark. It's also possible that a summons and complaint that's supposed to be delivered to you in person doesn't reach you because the process server doesn't do their job. However it happens, missing out on important information is harmful to you.

Ignoring Information the Bank Sends. A bigger problem than not getting the information the bank sends is homeowners who get what they're supposed to get but don't respond. For example, homeowners who are served a summons and complaint have the right to respond and challenge the foreclosure action. Not responding means sacrificing your right to challenge the suit and probably being foreclosed on sooner. If you refuse to pick up a certified letter from the bank or dodge a process server you're not avoiding the consequences of those letters, you're just missing out on information you need to know.

Finding Out Where You Stand

If you haven't paid your mortgage in at least three months and are concerned that you may have missed important information about your case for any reason, you need to find out for sure. You can do that by calling your loan servicer and asking them. And your county's website may allow you to search public records for lawsuits against you. You can also check your local newspaper for notices and foreclosure auction information.

Once you know where you stand, you can respond in the best way. If you know you can't afford to keep your home you may ask your lender to agree to a short sale, deed in lieu of foreclosure, or cash for keys agreement. If you want to keep your home but need a lower payment, you'll want to apply for a loan modification.

Whatever your objective, it's a good idea to have an attorney on your side. When you could lose your most valuable asset, you don't want to try to be your own lawyer. The bank has attorneys working for them, and the processes and terminology dealing with foreclosure are confusing and unfamiliar to most homeowners. Whether you want to keep your home or not, an experienced foreclosure defense attorney can fight for you to have as much time in your home as possible.

Remember, you're eventually going to be foreclosed on if you're not paying your mortgage. Even if it's been eight years since you've made a payment (it happens), your lender hasn't forgotten about you. You have to be aware of where the case against you is and where it's going to fight for the outcome you want.