Will the Government Shutdown Affect the Foreclosure Process?

The government shutdown has affected many "normal" parts of American life, not to mention the lives of hundreds of thousands of furloughed federal employees. Although the most important question about the shutdown is "When and how will it end?" many Americans who are experiencing foreclosure or are at risk for foreclosure would like to know how their homes might be affected. After all, even without knowing how long the government shutdown will last, it could be argued that mortgage fraud and the ensuing financial crisis crisis debilitated Americans more than the government gridlock can or will.

Will the Shutdown Stop the Foreclosure Process?

Foreclosures are handled in one of three different ways, depending on what state you live in: judicial foreclosures, power of sale (also called statutory) foreclosures, and strict foreclosures. None of these types of foreclosure will be affected by the shutdown, since foreclosures are legislated within state courts, not national courts. However, it remains to be seen whether federal employees who have been furloughed will be cut any slack by their mortgage lenders if they are out of work for much longer. History says "no" to that, but who knows, there may be a single mortgage company that takes a positive step and starts a positive trend, as this mortgage company did.

Will the Housing Recovery be Affected by the Government Shutdown? 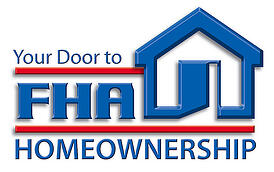 While the shutdown won't affect the process of foreclosure, it will affect people who are applying for new mortgages. Fannie Mae, Freddie Mac, and Veterans Affairs mortgages will all be unaffected by the shutdown, since these organizations are all run using fees from lenders. The Federal Housing Administration (FHA), however, has been affected by the shutdown. While it was originally reported that certain FHA loan operations would stop during the government shutdown, that is simply untrue. In fact, the FHA is currently running with a skeleton staff and is continuing normal operations, albeit at a slower pace than usual. On the other hand, the U.S. Department of Agriculture's loan program is completely shuttered until further notice, and rural development will be severely constricted until the government gets up and running again.

In short, if the government shutdown lasts for an extended period of time, then the pace of the housing recovery will suffer. Foreclosures will continue as they always have, but there may be a slowdown in the processing of new home loans for many people. Hopefully, we'll see a swift end to the bickering in Washington, and America's recovery can continue as it should.