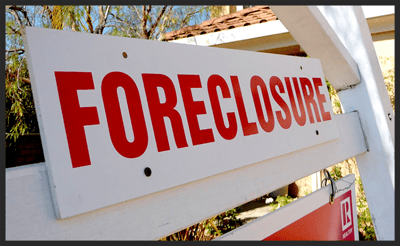 It wasn't that long ago that everyone was talking about foreclosure and people were losing their homes in numbers that hadn't been seen since the Great Depression. At one point one out of every 248 households in the country had received a foreclosure notice.

Right now though, in 2016, you don't hear all that much about foreclosure. There are some good reasons for that. It's not as big of a problem as it used to be, home values have risen significantly, unemployment is down, and the Great Recession is technically over.

It's good that things have improved so much from where they were, but there's still a long ways to go before we can say these problems are behind us. Not all of the country's wounds have completely healed from the recession, and those that have left scars.

One of the largest scars is the six million families who've lost their homes to foreclosure. They lost what was probably their largest asset, had to uproot their families, and had their credit negatively affected. People who experience foreclosure are also at an increased risk of suicide and physical and mental health ailments. It was a huge deal, but it's not over.

Currently there are one million homeowners in some stage of the foreclosure process. Many others are one financial hardship away from joining them. Foreclosure is still an important, ongoing issue that deserves attention.

So what issues are keeping it going, and when the heck is it going to end? 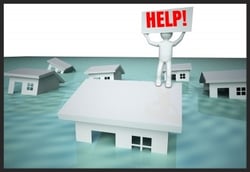 When you buy a home you count on being able to sell it, hopefully for a profit, should you ever be unable to afford the monthly payment for any reason. But when you have negative equity, you're stuck. You can't sell your home unless you have the cash to pay the difference between what the home sells for and what's owed on the loan or you get your lender to agree to a short sale before they foreclose and sell it for you.

Some homeowners who defaulted on their mortgage years ago were able to avoid foreclosure and lower their mortgage payments with a loan modification. A loan modification involves permanently changing the terms of your mortgage loan to make the monthly payment more affordable. The interest rate can be changed to today's historically-low rates, which are at about 4%, and the loan can be stretched out over a longer period of time to accomplish that. The problem is that many modifications only lowered an unaffordable mortgage payment to a slightly less unaffordable payment that the homeowner could barely pay each month. And loan mods often include a step-up plan that requires a higher payment after five years. When the payment goes up, it can cause borrowers to default on their mortgage again, or redefault.

If that's the situation you're in, you may be eligible to modify your loan again, or remodify. If you want to save your home, don't give up on the possibility of getting a loan modification, even if you've had one or two in the past. It's not a perfect solution, but you'll be able to avoid foreclosure and keep your home. Most people who apply on their own are denied, so it's best to consult with a professional who has experience with them. Many homeowners need more income to be able to afford their income to afford their home in the long term. And that's a problem, too.

Unemployment is currently relatively low, less than half of what it was during the worst of the recession. A bigger problem might be underemployment, which means workers aren't making enough money at the jobs they do have. When you adjust for inflation, incomes have been flat or down for many years while the cost of living has gone up. A lot of the middle class is barely getting by. It feels like everything but gasoline is more expensive but we're not earning any more money. That makes it hard to endure hardships and grow your savings account.

Some Americans don't have enough savings to survive a $500 emergency and others have no savings at all. The hardships that have happened to so many people have wiped out their safety net. Now another hardship, even a minor one, could leave them unable to pay their bills and heading toward foreclosure.

Add all these things up and you can see that there are serious financial difficulties that many families continue to face that are beyond their control. Until they are resolved, it's likely that foreclosures will continue. It may be that an increase in wages and home prices are the only things that will help us put this foreclosure crisis behind us.

The best hope for many distressed homeowners to avert their personal foreclosure crisis is to apply for a loan modification. There's no cost to apply and no closing costs. As mentioned above, not all loan modifications lower the payment as much as the homeowner would like, but it still makes the difference between foreclosure and keeping your home. The government's Home Affordable Modification Program (HAMP), also known as the Obama plan, is supposed to expire at the end of 2016, so don't delay if you think it could help you.

Image courtesy of nattavut at FreeDigitalPhotos.net