Who Are the "Unknown Parties" In Your Foreclosure Case? 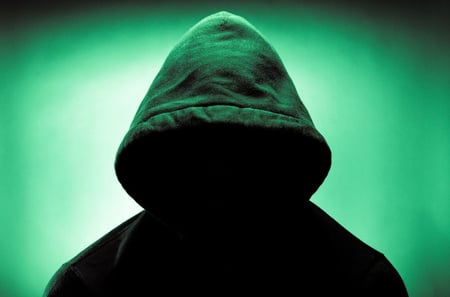 Homeowners who fall seriously behind on their mortgage often notice something strange when they are served a foreclosure complaint: under defendants, alongside their name, there are other “unknown” defendants listed. Who the heck are these “Unknown Parties”, and why are they on your complaint?

Before I answer that, let's look at an example of a foreclosure complaint from a recent client of our firm in Collier county, Florida (my bold):

You can see from that excerpt that US Bank is suing homeowners in a foreclosure lawsuit. After the owners names, they also list as defendants “Any and All Unknown Parties (who)...May Claim an Interest” in the property. They use language that covers any possible way that a person could have an interest in the subject property, such as “Spouses, Heirs, Devisees, Grantees”.

Why Include “Unknown Parties”?

So, why does the bank include all of these unknowns, rather than just the owners who took out the mortgage for the property? They include people who may or may not exist to make sure that they give anyone with a right to the property an opportunity to respond so they don't have any issues with foreclosing on the property.

The bank wants to avoid working toward foreclosure and then finding out that there was another person with a legal interest in the property that they didn't include in the lawsuit. That person could come forward and say that they weren't served and didn't have an opportunity to save the property. So the plaintiff serves the “unknowns”, and if they turn out to not exist, the plaintiff can just drop them from the case later.

To take someone's home in a judicial foreclosure state, you have to serve them and let them know that an attempt is being made to foreclose on their property. Defendants in a foreclosure complaint have a right to answer the complaint and contest its charges and raise their own affirmative defenses.

If you're served a complaint that lists you and unknown parties as defendants, you should not be worried about the unknowns. There are probably not people with an interest in your home that you didn't know about. It's just the bank trying to cover all of their bases.

When you're served with foreclosure, you need to answer the complaint! If you don't, you could have a judicial default entered against you and the foreclosure case can move forward more quickly. It's like losing a competition by default because you didn't even show up.

You can try to answer the complaint by yourself, but if you're not an attorney with extensive foreclosure experience, you should consider hiring one. It can make a big difference to your case. There are a number of defenses that can be raised that may help to keep you in your home for a long time. Answering the complaint is important, but it's not a permanent solution.

Applying For a Loan Modification

If you want to keep your home after falling into foreclosure, but don't have the money to reinstate your loan, a loan modification may be your only choice. A loan mod will return your loan to normal servicing with modified terms, which can include a lower payment. Banks don't hand them out like lollipops, though. Most people who apply on their own are denied.

If you're facing foreclosure and want to save your home, you should consider working with an experienced attorney who provides foreclosure defense services and loan modification assistance. Let your lawyer answer the complaint and help you apply for a loan modification. That can give you the best odds of success.