Unresolved Foreclosure Issues a Problem for Many New Yorkers

By Suffolk County Bankruptcy Lawyer, the Law Offices of Allison B. Crain & Associates

Regional Spotlight—New York ranks third in the nation in the number of homeowners delinquent on their mortgages or in foreclosure, the Mortgage Bankers Association recently reported. In 2013, the number of foreclosures reached a three-year high in the state. Experts s 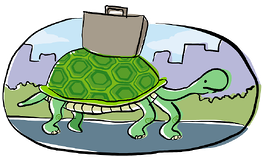 Banks in New York have fallen behind on processing delinquent loans, creating a backlog that has let some homeowners avoid making loan payments for years. “Loans that were made pre-crisis have been in this state of suspended animation for a number of years. And now, we are beginning to see the pace of resolution pick up,” Michael Fratantoni, chief economist of the Mortgage Bankers Association, told the Financial Advisor. In New York, nearly half of homes 90 days or more past due have been delinquent for more than four years, according to Fitch Ratings. That

makes foreclosures in the state the longest in the nation, with a foreclosure taking over 1,000 days on average. One reason for the backlog is that New York is a judicial foreclosure state, meaning a judge must sign off on a foreclosure before it is complete. States that do not require a judge’s signature tend to move more quickly on foreclosure proceedings.

For homeowners deficient in their mortgages, there are legal options. Loan modifications, short sales, and foreclosure defense may allow a homeowner to keep his or her house or get out from unmanageable debt. New Yorkers concerned about foreclosure actions should speak with a knowledgeable New York real estate attorney.

Reprinted with permission from RISMedia. ©2014. All rights reserved.