Texas Man Kills Victim, Impersonates Him to Sell His House 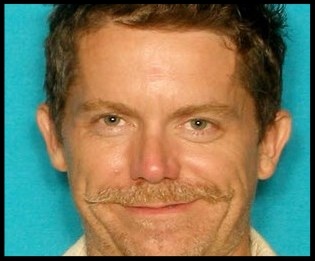 Texas police are accusing Christopher Brian Colbert of murdering Robert Shumway then pretending to be him to sell his house.

Shumway's body was found buried in the yard of his Dallas area home in September of 2015. His hands and feet were bound with neckties and he had been strangled.

Colbert, 43, has been indicted for murder by a Dallas County grand jury. He is in jail in Los Angeles, California, and Texas law enforcement wants to bring him back to the lone star state for trial.

Robert Shumway, who was 57 at the time of his death, was formerly employed as a driver for Dallas Area Rapid Transit and purchased his home in 1984.

Colbert, who was previously a photographer for Dallas Voice, had some connection to Shumway and access the property.

In May of 2015 Colbert, pretending to be Shumway, signed a contract to sell the home for $145,000. To show identification, he faxed a falsified driver's license with his picture and Shumway's information to the escrow officer closing the sale. When the title company deposited the money from the sale into Shumway's account, Colbert began making withdrawals.

The home's new owners discovered Shumway's body under a cement slab in the side yard.

Colbert could also face charges for tampering with a government record and securing execution of a document by deception.

The Dallas Morning News reported on the story here.