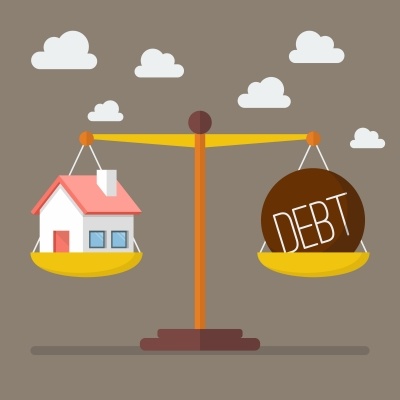 Disclaimer: These results should not be taken as a guarantee, as each case is unique. We have helped over 7,000 homeowners. Here is one of their stories.

A retired couple, who I'll call the Schmidts to protect their privacy, recently hired Amerihope Alliance Legal Services to help them save their Florida home from foreclosure. The Schmidts were current on their first mortgage, but had defaulted on their second.

Their second mortgage lender, Liberty Savings Bank, was trying to foreclose on the Schmidt's home to satisfy the debt.

The loan was structured so that the Schmidt's made monthly payments plus interest for a few years, then the loan matured and the balance was accelerated and due as one big balloon payment.

When the loan matured in 2015, the couple was not able to pay the roughly $40,000 they owed because of financial difficulties caused by Mr. Schmidt's health problems. Being on a fixed income, the extra costs of his medical bills did some serious damage to their finances, and they didn't have the money to pay what they owed when their second mortgage matured.

By June 2016 the Schmidts had been served a summons and foreclosure complaint, which is a requirement of the judicial foreclosure process in states like Florida.

Bringing In The Professionals

There was a foreclosure trial set for February 2017. In January, the Schmidts retained Amerihope Alliance Legal Services to help them resolve their second mortgage problems and represent them in court. We quickly filed a notice of appearance (NOA) and advised the bank's attorney that we were representing the Schmidts.

The foreclosure trial was continued, and a case management conference was set by the court to take place in July.

The Schmidts were in a tough situation. They could either try to negotiate leaving the house under the best terms or get a loan modification to keep it and avoid foreclosure. It can take six months or more to get a loan modification, and there's no guarantee it will be approved. That was a problem because Mr. Schmidt's health problems were so serious that it wasn't clear he would survive for six months. Without his income, Mrs. Schmidt would not be able to afford the house.

Mrs. Schmidt is very sharp, a retired accountant, and ultimately she decided that as long as her husband was alive, she wanted to fight to keep their home.

A Loan Modification on a Second Mortgage? 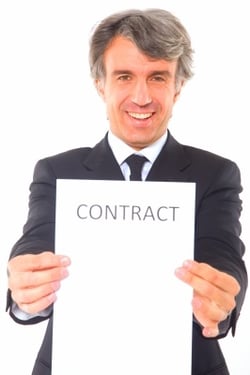 Typically loan modifications aren't possible for mature loans like the Schmidts'. When their loan matured, the debt was accelerated and became due in full, like a balloon payment. But Liberty Savings Bank were open to working with us for a loan modification/forbearance plan.

The bank soon agreed to extend the term of the loan, giving them a couple more years to make payments before the loan matured again. Our clients were told to just continue making payments, which they did for six months.

Great! Now we were just waiting for them to dismiss the case. The problem was that they never made their offer on paper, and we needed it written down so it was official.

Out of nowhere, the vice president of Liberty Savings Bank called our offices, which is very unusual. He said he had noticed that the offer to extend the term of the loan had never been put on paper, so they were going to write it up and send it to our client. Good, we said, they should have done this months ago.

The offer came, but the bank had increased the amount owed! They hadn't credited the account for the payments our client had been making since receiving the offer. So we challenged them and showed them why they were wrong. They fixed the problem and changed the balance of the loan to the correct amount and made the offer to Mrs. Schmidt on paper.

The terms of the deal include a monthly payment of $165 compared to the $200 payment they had been making before. The loan matures in 2019. If the Schmidts don't have the money to pay it at that time, they can try to get another extension, borrow money from their children, refinance, or sell the property. But that's two years away. They have plenty of time to figure out what they want to do.

This was not the typical case for our firm. Most homeowners come to us when they're behind on their first mortgage with a major mortgage servicer like Ocwen or SPS. Those companies are huge and have departments dedicated to processing loan modifications. The vice presidents of those companies do not pick up the phone to call us.

Despite being different from cases we normally handle, our staff was confident that we could help the Schmidts. We were right. Our work and attention to detail got our clients a fair resolution that allows them to keep their home and avoid foreclosure. It's the best solution for their situation.

If you're in trouble with your mortgage, it's a good idea to speak with a qualified professional about your options. There may be things you can do that you didn't even know about.

Image courtesy of Sira Anamwong and Ambro at FreeDigitalPhotos.net