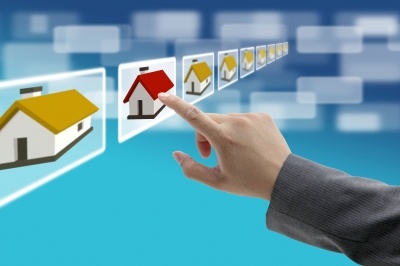 If you're concerned about your mortgage, you may have done a web search for MERS and found that the top results are for Middle East Respiratory Syndrome. That MERS probably isn't worth worrying about if you don't live in the Middle East. But the other MERS, the Mortgage Electronic Registration System, is an important part of the problems surrounding fraudulent foreclosures, robo-signing, and the housing crisis.

The Mortgage Electronic Registration System is an entity created by the real estate financing industry to allow them to transfer mortgages notes privately, avoid paying local registration fees, and allow a market in mortgages to operate effectively. With MERS, the mortgage notes are stored in a privately-held electronic database, not on paper in a public office. Every time a mortgage is bought and sold, MERS makes an electronic record of the transaction. No matter who really owns the note, MERS remains the “legal assignee."

While effective for hundreds of years, a paper-based, publicly recorded mortgage tracking system doesn't work so well for a financial industry that wants to buy and sell mortgages and package them into securities. With the old system, every time a financial instrument backed by mortgages changed hands, it would need to be recorded at the county level and the appropriate fees would need to be paid. This would make it difficult to buy and sell mortgage-backed securities, so MERS was created.

What's wrong with modernizing the way mortgages are recorded?

Lots of things we used to keep on paper are now stored in computers. Why does it matter? The problems come about because the proper paperwork was never completed to appoint assignors and transfer loan notes. The system that was supposed to reduce paperwork now has incomplete or invalid paperwork. 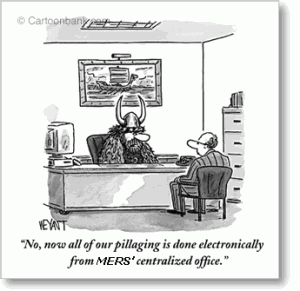 Obviously, when a bank or financing company wants to foreclose, they need to show the proper paperwork. And, when they don't have it because of negligence, many have forged documents to cover their tracks. Whistle blowers at Bank of America have admitted in sworn testimony that they were told to lie. The bank even paid its staff bonuses for pushing people into foreclosure.

A recent audit in Seattle, Washington concluded that many mortgage assignments are void, and foreclosures based on those documents are unenforceable. Tthe Washington State Supreme Court ruled in 2012 that MERS acted illegally by foreclosing on homeowners on behalf of a lender, which it could not do since it did not hold the promissory notes. The legal wording gets complicated, but it basically comes down to the this: MERS cannot transfer or foreclose on mortgages if it doesn't legally hold them.

Foreclosure fraud can be found in every state in the country. In 2009, the Kansas Supreme Court ruled that MERS' transfer of an auctioned property was invalid because the owner never registered its interest with the county.

A similar case occurred in Montana, where a real estate trust didn't pay the required $70 registration fee so it didn't have to pay taxes in the state.

So, while MERS does allow local registration fees to be bypassed, some courts are saying the registration is invalid for that very reason.

To make matters even worse, all the electronic registration of mortgages has robbed counties of the $30 fee they typically charge to register a mortgage. When tens of millions of mortgages are multiplied by this modest fee, local governments have missed out on billions of badly needed dollars.

There are many scams that can separate you from your money, especially when it comes to mortgages and foreclosures. To navigate this new, more complex mortgage landscape, homeowners are advised to hire a law firm with relevant experience and a record of success in standing up to the banks. A qualified attorney can be retained at an affordable rate, and gives you the best chance of achieving the results you need.