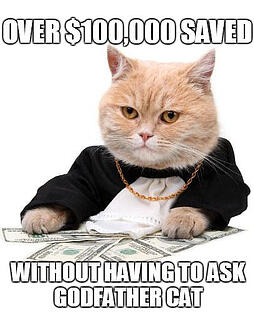 One of the biggest public misconceptions at the beginnings of the foreclosure crisis was that banks were well-equipped to handle loan modifications. Perhaps even the banks themselves believed this, because it has taken them years to even slightly improve their loan modification processes. The ineptitude of the loan modification departments at major banks has been well-documented, and has resulted in many homeowners losing their homes.

That's almost what happened to this husband and wife. Their Chase mortgage was over 2 and a half years past due when they first retained us as their law firm in late 2012. By that time, they had been attempting to get a loan modification for over 3 years, and ended up working with a nonprofit "mortgage help" organization who had actually caused their payments to increase to $3,283.87 each month with a high 8.125% adjustable interest rate. What made it harder for the homeowners were that the husband had been forced into early retirement, his wife was now footing most of the bills through multiple jobs, and he was now handling the responsibility of looking after his elderly mother. This homeowner had also been forced into Chapter 7 bankruptcy roughly a year earlier, and was doing all he could to save his home. On the bright side, he had not been served foreclosure, so the road to saving his home was that much easier to traverse.

As soon as this homeowner's retainer agreement had been signed, we began working with he and his wife to gather the necessary documents to create a loan modification package for submission to Chase. In January 2013, however, lightning struck- the homeowner was served a foreclosure notice. Immediately after, our legal department jumped into action and moved to slow down the foreclosure case.

The homeowners fulfilled the terms of their trial plan, and received a permanent loan modification form Ocwen. Under the terms of the new agreement, the homeowners would be paying $2,180 per month (over a $1,100 savings each month), and the interest rate would be permanently pegged at a 5% fixed rate. Perhaps the best provision of the agreement is that $118,000 of the principal would be forgiven if the mortgage was paid on time for the next 3 years. Also, the coast was now clear for our attorneys to have the foreclosure case completely dismissed.

The foreclosure defense attorneys and home retention staff at Amerihope Alliance Legal Services enjoy helping homeowners keep their homes, afford their mortgage payments, and be on the way to an overall better financial future.