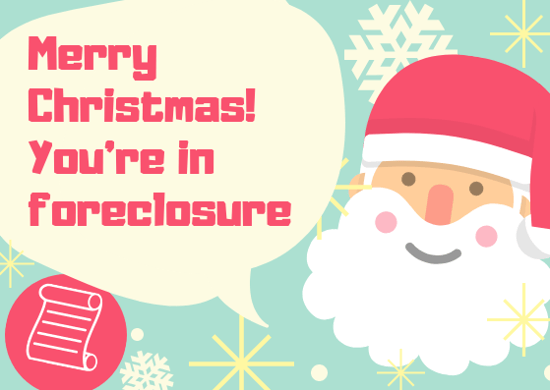 This holiday season, you may get the gift of delayed foreclosure because courts and banks will be closed some days around Christmas and New Year's.

Foreclosure sale dates often aren't scheduled by courts for the end December to account for the days they will be closed.

The closures will also temporarily disrupt progress on moving a foreclosure case toward a sale.

That's means that you may have slightly more time in your home than if your foreclosure case was moving forward at another time of the year.

It's possible to have some delays in your foreclosure case just because of the courts being closed. But there are also some actions being taken specifically to help families stay in their homes during the holidays.

In Lake County, Illinois, Sheriff John Idleburg issued a moratorium on all foreclosure evictions from December, 10 through January 6. This is the continuation of a decade-long tradition in the county.

“The moratorium is only temporary and will allow families to remain together in their homes during the holiday season, which I believe is important,” Idleburg said. Other sheriff's departments have taken similar actions in the past.

“As we have done in past years, we are suspending evictions from Freddie Mac-owned homes to help provide families with a greater measure of certainty during the upcoming holiday season,” a Freddie Mac official said.

The suspension on evictions “will not affect other pre- or post-foreclosure activities. Companies managing local evictions for Freddie Mac may continue to file documentation as needed during the suspension period,” a news release from Freddie Mac said.

Both the Lake County, Illinois and the Fannie and Freddie moratorium are for evictions of homeowners who have already lost their homes to foreclosure. In most foreclosure cases, there is no need for an eviction because the former homeowners leave voluntarily.

If your foreclosure case is slowed over the holidays because the courts and banks are closed, that's great.

But after that you're going to be right back where you were. If you want to avoid losing your home to foreclosure, and eventually facing eviction, you're going to need a real solution.

It's still a good idea to hire an attorney to defend you from foreclosure, and help you get a permanent solution like a loan modification. Having an experienced professional working for you can make a big difference and may be more affordable than you think. 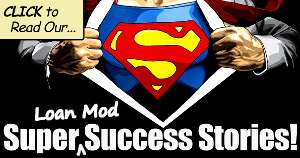