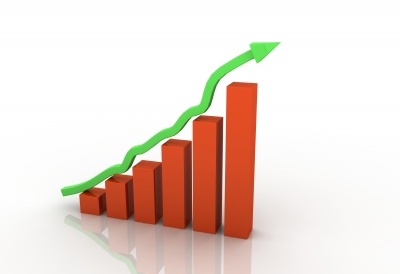 Foreclosure starts were up 12% from the previous month in October 2015, according to real estate information company RealtyTrac's U.S. Foreclosure Market Report. RealtyTrac says the October increase in foreclosure starts is not a surprise this year since it has also happened the last five Octobers. What is a surprise is how much of a rise there was this October, which was more than twice the average rate of 5%.

The now-common rise in October foreclosures comes in part from the fact that many lenders choose not to foreclose on homeowners from the end of December through the first of January, since it would come off as especially heartless to kick a family out of their home over the holidays. Also, many employees at the banks, as well as judges and public workers, take time off around the holidays at the end of the year. So, they try to start foreclosure before the holidays. Isn't that nice them?

Overall foreclosure filings, which includes default notices and scheduled auctions, were up 6% in October, from September, with 115,134 properties affected. And the foreclosure process was started on 48,605 properties for the first time in October. That 12% increase is the largest monthly increase since August 2011, which saw a whopping 24% month-over-month increase. However, foreclosure starts in October 2015 are down 14% from last year.

Some States Worse Than Others

Of course, not all states are equally affected. Some states that experienced a month-over-month October increase in foreclosure starts greater than the national average are Florida (up 13%), New Jersey (up 15%), and Illinois (up 20%).

The Jacksonville and Miami, Florida metropolitan areas rank number six and seven worst in the nation, with one in 465 and 480 homes, respectively, having a foreclosure filing. Palm Bay-Melbourne-Titusville and Tampa, Florida are numbers nine and ten, with one in 514 and 543, respectively.

Are Things Getting Worse or Better?

Nationally, foreclosures have been declining, and home prices have been rising. But, as the RealtyTrac report shows, foreclosure rates differ drastically by state and locality. Whatever the trends for the nation, individual states, or cities, what really matters is what is happening to you. As ever when dealing with real estate, it's all about location, location, location. You may live in a state and town with fewer foreclosure starts than average and rapidly rising home prices. But if you're $100,000 underwater on your mortgage and are having a hard time making your monthly payments, the market trends aren't really helping your situation. Each household is an economy of one, and has to make decisions accordingly.

Some of the hardest hit states also happen to be states that require judicial foreclosure, and that's good news for distressed homeowners. Foreclosure takes longer in judicial foreclosure states, so homeowners have more time to fight it there. You can use that time to your advantage by retaining an experienced law firm to represent you.

Someone who's well-versed in helping defend against foreclosure and applying for loan modifications knows what works and what doesn't. Remember, a foreclosure start on your property doesn't mean it will ever be completed. Foreclosure has serious implications for a family's finances and life, so it's important to treat it appropriately. Most reputable law firms offer a free consultation, and their services are well worth the cost.

Image courtesy of jscreationzs at FreeDigitalPhotos.net