Some of our clients were recently sent legal notices from a claims administrator notifying them that they may be entitled to benefits under a class action settlement with Caliber Home Loans.

As their attorney of record, these notices were sent directly to us. The notice consists of two postcards. One provides details on the settlement, and the other contains a settlement claim form that can be filled out and dropped in the mail.

The information from the front of the notice is on the right.

It tells you that someone named Ashack sued Caliber for themselves and on behalf of all the people who received calls on their cell phones from Caliber from an automatic dialing system which violated the TCPA, or Telephone Consumer Protection Act, and Caliber agreed to pay money to settle. Now the money from the settlement will be approved by the court and then distributed.

So, how much money will each person get? The notification says claimants will receive approximately $70-$100, but that “Your share of the fund will depend on the number of claims made.”

Claims must be submitted by April 24, 2017 by filling out the card in the notice and mailing it in or completing the claim form online. It costs nothing to make a claim.

Notices like this can come as a total surprise to the people that receive them. Claimants might not have even known that something happened to them that shouldn't have, that someone successfully sued the perpetrator of this injustice, or that they were eligible for a piece of the settlement funds.

“A class action lawsuit is one in which a group of people with the same or similar injuries caused by the same product or action sue the defendant as a group.”

So, congratulations if you've received a notice like this! Someone else has put in a lot of effort to sue someone, the case was settled, and now you get to reap the rewards. It might not be a lot money that you're entitled to, but you don't have to do much work to get it.

If you get something like this, read everything carefully. The details of this settlement can be seen below. You'll notice that participating in the lawsuit, or doing nothing, means that you lose your right to sue on your own. To exclude yourself from the lawsuit and retain your right to sue Caliber you have to send a written request to the claims administrator.

It's always advised to use caution any time you come across a story that seems too good to be true, unless it's an email about a Nigerian Prince (kidding). If this settlement asked for bank account or credit card information, that would be a red flag that it could be a scam. This claim form only asks for the claimant's address, email, and phone number, and details of the case are easily verified online. It's a legitimate settlement. 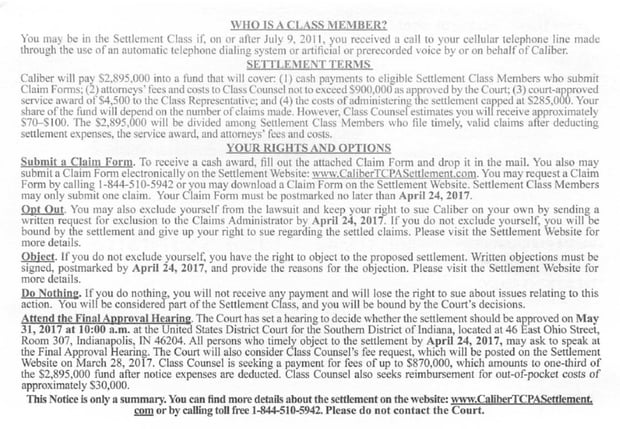 Do you believe you are a part of this Settlement?

If you believe you should have received one of these post cards in the mail due to calls received from, or on behalf of Caliber on or after July 9, 2011, you can visit the Claims Administrator website at www.CaliberTCPASettlement.com, or by calling (844) 510-5942. 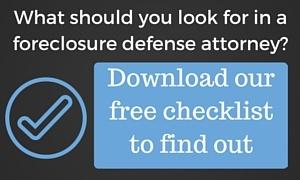