Avoid Inheriting A Timeshare By Filing "Disclaimer of Interest"

Owning a timeshare can be so expensive that, if you inherit one, you may want to refuse to take it by filing something called a “disclaimer of interest”.

This may be a surprise because typically inheriting something is a good thing. That's not necessarily the case with timeshares because a significant amount of them are basically worthless.

Accepting the timeshare, using it for a while, and then selling it may not be an option because they're often difficult or impossible to sell. There are many other people trying to sell timeshares, which puts downward pressure on prices. Some timeshares are being sold on Ebay for $1 with more than a thousand dollars in purchase incentives. You can't even give some timeshares away!

Filing A Disclaimer of Interest 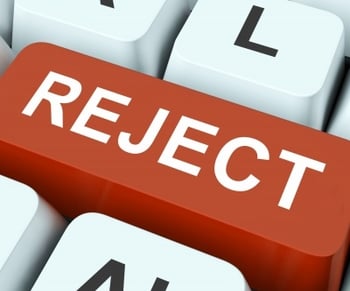 Fortunately, you can avoid the nightmare of timeshare ownership by not accepting it in the first place. You can legally disclaim an inherited timeshare by filing a document called a disclaimer of interest, also known as a renunciation.

A disclaimer of interest must be made in writing and filed in the appropriate office in the county where the timeshare is. It has to describe the timeshare that's being disclaimed, and must be signed by the person doing the disclaiming and two witnesses, one of which must be a notary.

Here are some additional things about disclaimers of interest and inheriting a timeshare that you should know:

Time is of the essence. There is a limited amount of time in which you can file the disclaimer. From the time of the death of the owner, you'll probably have nine months. The laws vary by state.

Filing a disclaimer of interest is irrevocable. You won't get another opportunity to take the timeshare after you've disclaimed it, and you can't disclaim after you've taken it and used it.

You may need to hire an attorney to help you write and file a disclaimer of interest.

If you have a relative who dies, I hope they leave you some cash or property that has actual value, and not a terrible timeshare that is just a headache. If you've already have a timeshare and would like to get rid of it, there are ways to do that, which you can read about here. 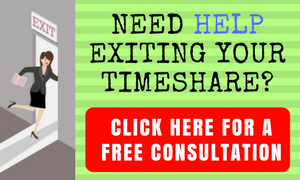