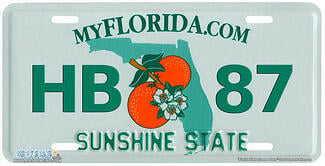 During the summer of 2013, the Florida legislature passed HB 87 into law (even now, it's still popularly referred to as HB 87); it officially went into effect July 1, 2013. This bill was intended to help expedite Florida's judicial foreclosure process and clear Florida's backlog of foreclosures, and was roundly criticized by banks, consumer advocates, and foreclosure defense lawyers for a plethora of reasons. On the other hand, its proponents felt that it was necessary to not only clear up the court system, but to raise money for the courts, which have faced serious budget shortfalls, especially after Florida's court system borrowed $45 million to stay open in the wake of the robo-signing scandal.

What Has Happened since Then?

A full two months after HB87 was officially put into action, foreclosures are not being filed any faster than usual. As a matter of fact, foreclosure filings have dropped over the last two months. There are a range of views on why this has taken place. Some people, such as Representative Kathleen Passidomo (who sponsored HB 87), think this drop in new foreclosure filings is due to the continuing economic recovery. Others say that this drop is because banks are still learning how to use the law. The prevailing group of analysts believe that the new foreclosure law has actually produced an opposite effect to what was originally intended.

How could this happen? Analysts believe that the intentions of the law are good, but its methodology may be incorrect. HB 87 created new stipulations which would allow banks to cut time from the foreclosure process, but analysts believe most banks are having trouble fulfilling these stipulations. This may prove troublesome for the court system as a whole, since the court receives over 1/3 of its financing from fees generated by foreclosure cases. According to Rep. Passidomo, the money generated by the first wave of foreclosures (immediately after 2008) has already been spent, but many of those cases are still stuck within the system and need to be handled.

The Future of the New Law

Do analysts know what will happen with this matter over the next several months? If the current trend continues, expect revisions to HB87 that will create an even more expedient foreclosure process from bottom to top, and will also create a way for existing foreclosure cases to be moved through the courts faster. That would create terrible consequences for troubled homeowners. This will make it even more important for Florida homeowners who are in danger of foreclosure to hire a qualified foreclosure defense attorney to help them fix their situation.