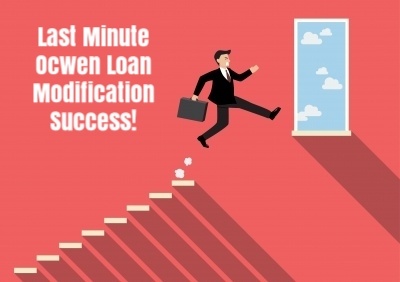 Sometimes it seems like things can't get any worse...and then they do.

That's what happened to a recent client of our firm, who I'll call Mr. Dunn to protect his privacy.

Mr. Dunn has a home in New Jersey that was damaged by Hurricane Sandy, the largest Atlantic hurricane on record, in 2012. Insurance didn't cover all of the repairs he needed to make to his home following the superstorm, so he had to pay for the rest out of pocket. Doing that reduced his savings.

Then, after Sandy, Mr. Dunn lost his job. Without employment, he fell behind on his mortgage, which was serviced by Ocwen.

After two years of being unemployed he got a new job, which paid enough for him to afford his mortgage. But after so long without making a payment, Ocwen wasn't going to let him start making payments again unless he paid them for all the missed payments plus fees first. Mr. Dunn didn't have enough money for that, so he remained in default.

In 2013, Mr. Dunn was served a summons and complaint, which meant that he was officially in foreclosure. For the next four years his case moved through the courts.

Bringing in the Professionals

Mr. Dunn couldn't come to a resolution with Ocwen, and his home was finally scheduled to be sold in a sheriff's sale with a sale date in July 2017. Being that close to permanently losing his home scared him, as it darn-well should have, and he made the smart decision to get help from professionals.

In June of 2017, Mr. Dunn hired Amerihope Alliance Legal Services to help him avoid foreclosure and keep his home by getting a loan modification. A loan modification will reinstate a loan that's in default with one or more of its terms changed, and doesn't require the homeowner to make a huge lump sum payment. It was the only hope our client had.

At the time he retained us, Mr. Dunn's sale date was about 30 days away. Although time was tight, we were optimistic about his chances because he had not had a loan modification before and had enough income to afford his mortgage.

Mr. Dunn worked with his paralegal to complete his request for mortgage assistance (RMA), which is the application all homeowners have to submit to be considered for a loan modification.

It takes a lot of documents to complete the RMA. There's tax information, income documents, a hardship letter, and more. Mr. Dunn got us all the required paperwork quickly and we were able to submit his application shortly after he retained our firm. 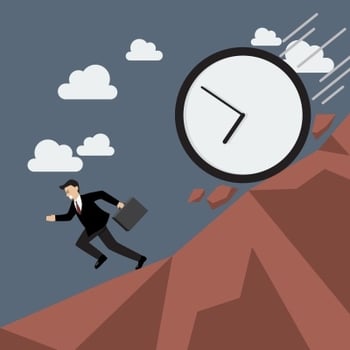 Fortunately, homeowners in New Jersey have something called statutory rights to adjourn a foreclosure sale. If their home is scheduled to be sold, they can adjourn the sale for 14 days for any reason by filling out a form at the sheriff's office and paying a small fee. This can be done twice. It's a great tool that homeowners in other states don't have. We advised Mr. Dunn to use both of his 14-day statutory rights at the same time. The 28 days that gave him put him just over the 37 day requirement, and meant that Ocwen had to review his RMA.

Ocwen accepted and reviewed our client's application. Just days before his home was scheduled to be sold they approved him for a three-month trial loan modification with $152.44 cheaper monthly payment than he had before he defaulted five years ago.

Mr. Dunn's sale date was canceled and rescheduled to October 17, which was again canceled after Mr. Dunn made his 2nd trial payment. Once he makes his 3rd trial payment on November 1st, he should be offered a permanent loan modification. Banks have been known to deny permanent mods even when homeowners perform on trial modifications, so we will remain his attorney to monitor compliance and performance until he gets his final modification, the foreclosure case is dismissed and the mortgage returns to normal servicing.

What lessons can be learned from this case? Our client waited until the eleventh hour to get an attorney, which made for a razor-thin margin of error. If Mr. Dunn lived in a state other than New Jersey, without statutory rights to adjourn the sale, we may not have been able to adjourn the sale and the bank wouldn't have been compelled to review his loan mod application before the sale. And If he hadn't promptly gotten us all of the documents we needed to submit the RMA, the application wouldn't have gotten to Ocwen in time.

Mr. Dunn could have had to file bankruptcy to stop the sale of his home if everything else had not worked out. Our client experienced some terrible hardships, but thanks to our knowledge and experience with foreclosures and loan modifications in New Jersey, his story has a happy ending.